A Tale of a Tub, Rotterdam, the Netherlands
14 November 2015 - 13 September 2016
Film program in response to migration crisis
Curated by Nathanja van Dijk


The gates of Europe are being met by more refugees than ever. Meanwhile, the migratory question is leading to internal disunion as instability in the surrounding regions of the EU increases. With the program The Migrant (Moving) Image, A Tale of a Tub sheds new light on a society in which migration is a determinant factor and is inextricably linked to contemporary social, political and economic reality.


The image that is being portrayed in the media of the migration crisis is creating great worries worldwide, tapping into contradictory collective emotions of pity and fear. Within a framework of visual dominance, mass media has become a powerful tool and is of the main determinants of public opinion. The image of the migrant is mainly based on the images that are being circulated in (social) media. Even though these images form an important component of the migration flux, they are certainly not direct representations of reality. 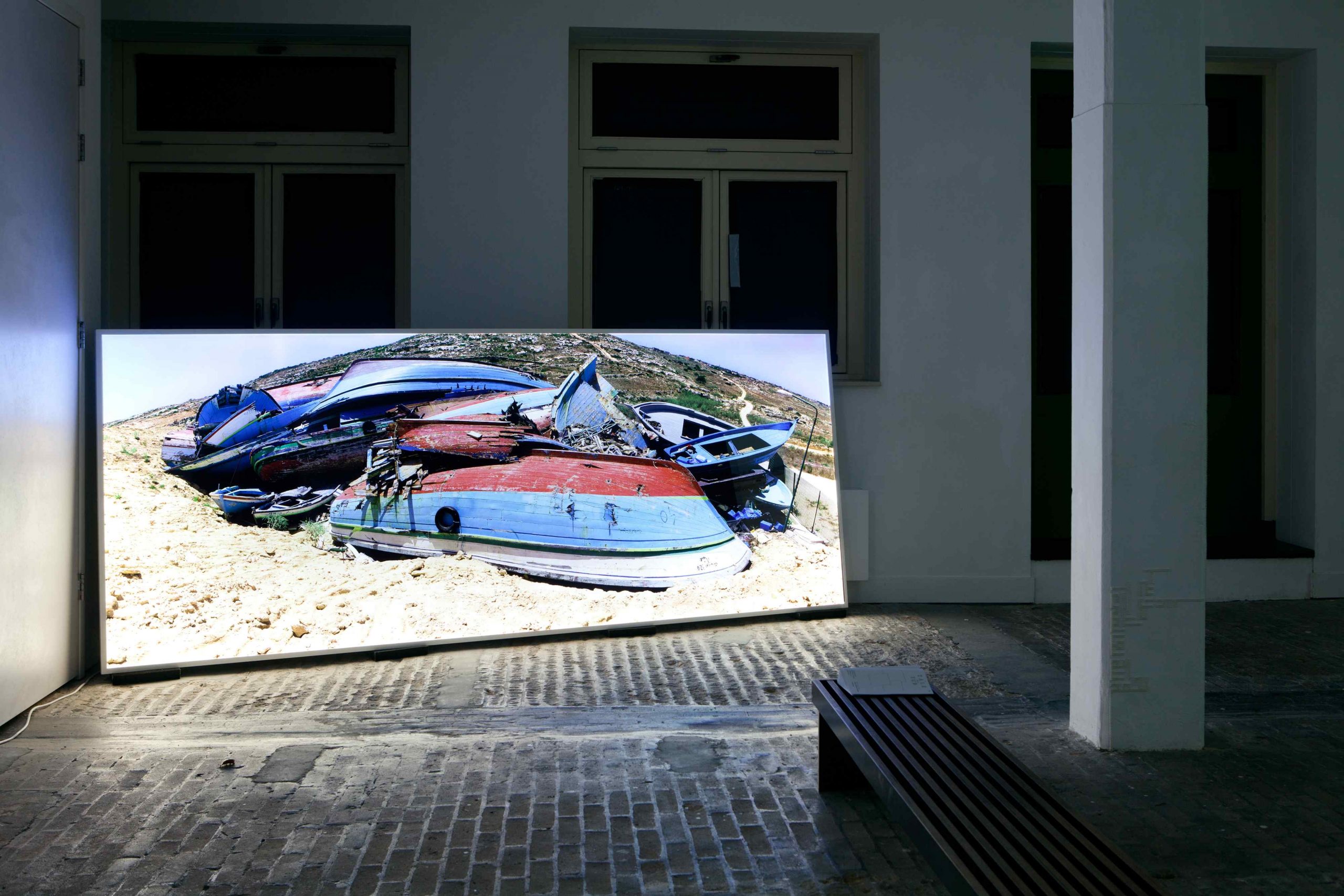 News coverage about migrants systematically portrays the migrant as ‘the other’. Furthermore, the images that make it to our newspaper or our Facebook timeline either zoom in on the tragedies taking place at the border of Fortress Europe or underline the idea that migration forms a threat to European stability. These are the perspectives that the mainstream media commonly emphasize in their sensationalist accounts of migration, even when they report on Europe’s inability to deal accurately with the current influx of migrants or on the reactionary responses to immigrants. The result is a poor representation of the main protagonist of these images, who is being reduced to either victim or criminal. The complexity and impact of migration on the lives of individuals and on society at large gets lost.


Through a program of films, documentaries and public events, The Migrant (Moving) Image explores the possibility of an alternative image of a world in flux, beyond Fortress Europe. Artists featured in The Migrant (Moving) Image have image-based artistic practices rooted in photography, cinema, or new media formats. Often times, the work is informed by the artist’s distinct biographical experience of migration or exile.

Harraga is the Arabic name for illegal migrant and literally means “those who burn”. The name relates to the illegal practice of burning immigration papers that tie them to their homeland, before embarking to their journey. In order to start a new life, they need to burn their bridges, to prevent a forced return to their previous lives. However, this radical act could also be interpreted differently. Migrants move straight through political, social and economic borders. Perhaps what the harraga aims to destroy are the boundaries that restrict people in their mobility. The films in this chapter tell the stories of those who need to live without identity papers, about live in exile from your homeland to your own skin and the possibility of radical equality and breaking fixed forms of identity. Artists: Ursula Biemann (CH), Center for Political Beauty (DE), Fouad Elkory (FR), Mounir Fatmi (MA), Alfredo Jaar (CL), Isaac Julien (UK), Runo Lagomarsino (SE), Paulo Nazareth (BR), Adrian Paci (AL), Nicolas Provost (BE), Zineb Sedira (DZ). 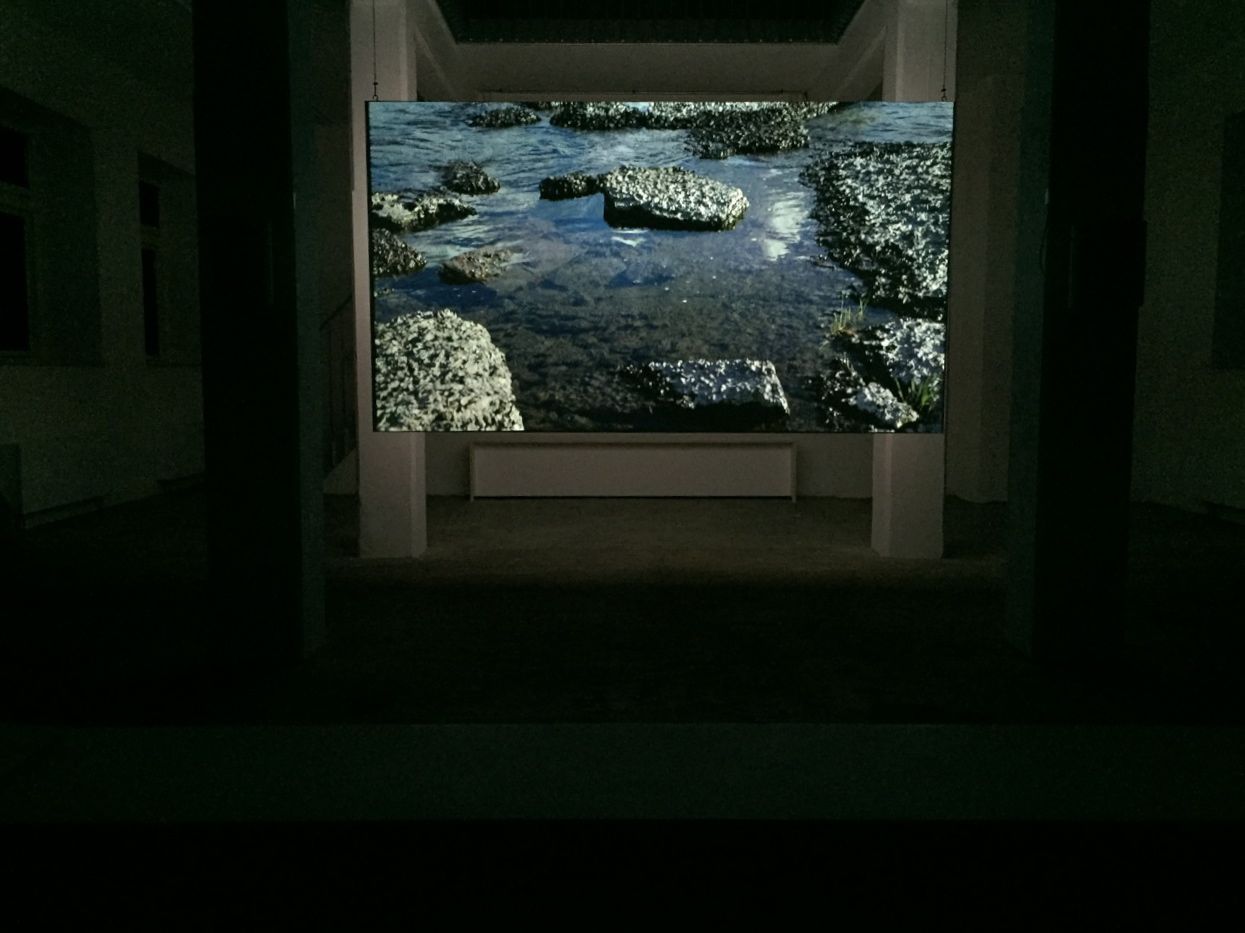 Centro di Pemanenza Temporanea (literally Center for Temporary Permanence) is the Italian name for detention centers where refugees and illegal immigrants are kept, to be rejected to their country of origin. The name also refers to the contradictory state of being ‘permanently temporary’ and the pervasive insecurity and anxiety that comes with the need for incessant mobility. This chapter sheds light on the inescapable fact that contemporary life is marked by a permanent state of transition: on the one hand the smooth flow of data and communication, on the other hand the movement of smugglers, people and ‘goods’. Films in this chapter testify of the plight of those displaced by war, poverty or inequality and the – often futile – attempts to reach a destination, only to find oneself entrapped, it testifies of the paradoxical reality of a life caught between deportation and conflict, between a homeland and the land of one’s dreams. Artists: Chantal Akerman (BE), Marcos Avila Forero (CI), Olfa Ben Ali (FR), Halida Boughriet (DZ), Laurent Grasso (FR), Michal Helfman (IL), Isaac Julien (UK), Moshekwa Langa (ZA), Daniela Ortiz (PE) & Xosé Quiroga (ES), Adrian Paci (AL), Enrique Ramírez (CL).

Can we still imagine a place to call home in a rapidly changing world where people, power, culture and information are constantly evolving and moving? In a world marked by migration and displacement Heimweh (homesickness) and Fernweh (longing for a distant place) are intrinsically connected. The Portuguese notion of Saudade also embodies the many aspects of this sense of longing for something, which cannot be reached; the desire for a place in the world to belong. The films in this section reflect on what it means to live between two cultures, to be foreign, to search for a place to call home in an alien world. Artists: Knut Åsdam (NO), Said Atabekov (KZ), Ali Cherri (LB), Dina Danish (FR), Mounir Fatmi (MA), Dor Guez (IL), Hamza Halloubi (MA), Mona Hatoum (LB), Isaac Julien (UK), Gerald Machona (ZA).

The film program The Migrant (Moving ) Image concludes with the epilogue: The Shores of an Island I Only Skirted. The double projection shows images of a small, seemingly idyllic island. However, when we learn that this is Utøya – the place that is marked by the unprecedented tragedy of Anders Breivik’s politically motivated massacre of 2011 – the image of the seemingly peaceful island is shrouded by an uncanny, haunting atmosphere. Meanwhile, the other side of the installation shows a collage of ‘found footage’ images of migration. The Shores of an Island I Only Skirted sketches a disturbing image of Europe: a metaphorical island that is often imagined as a utopia, but for many proves to be just the opposite. Artists: Sander Breure & Witte van Hulzen (NL)


Kindly supported by DeltaPORT Donation Fund, Mendes Wood DM and a research grant from the Mondriaan Fund. Warmest thanks to all our volunteers for their help realizing The Migrant (Moving) Image.