The Human Use of Human Beings


Grateful to be a part of this ambitious publication with my essay The Human Use of Human Beings: Video Art Since the 2000s, which discusses the period in which video art becomes distinctive not through the use of technology but rather through its thematic choices, linked to both personal histories and social issues and the way in which they take shape. 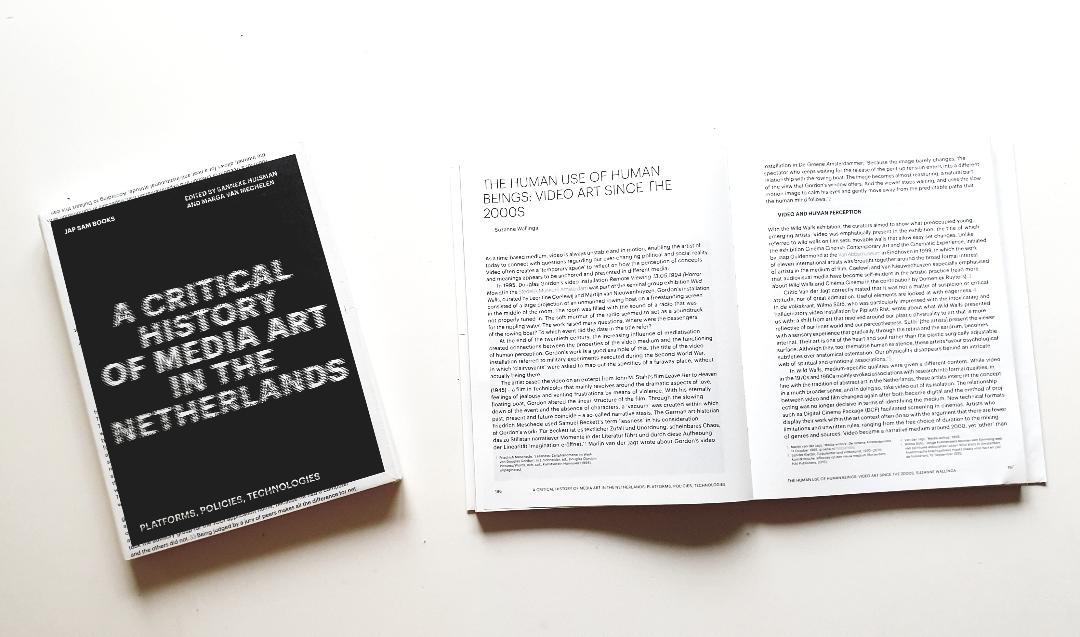 'A Critical History of Media Art in the Netherlands' offers an in-depth exploration of Dutch media art from 1985 onwards from many different perspectives. Through early access to the Internet, state subsidies and dedicated institutions and festivals, a vivid counter-cultural environment and a cosmopolitan artistic and intellectual scene the Netherlands hold a unique position in regards to the development of media art.


Introduced by four chapters that retrace the main events and actors (governmental institutions, festivals and other art venues, artists and curators) of media art over the past 30-plus years, the volume is divided into five parts that examine different aspects of the media art scene. The inception and subsequent developments of video and digital art, as well as their critical and institutional reception, the hacker/squatter/maker scene in all its different guises, activist stances (particularly in regards to mass media), combined with the material, cultural and infrastructural conditions that allowed the expansion of these art forms, explorations and expressions, are all thoroughly examined in generously illustrated essays, written by artists, scholars, curators and critics. Attention is also given to CD-ROM and net art, VJing, sonic arts, television, robotics and live cinema, mapping a complex and fascinating artistic geography at the borders of technology, politics and counter-cultures. A Critical History of Media Art in the Netherlands: Platforms, Policies, Technologies is of interest to those both within and outside media art: to individual artists, researchers, art historians, art institutes, art museums, curators and students in the field of art, art history, new media and visual culture.