The Center of the Story


A Tale of a Tub, Rotterdam, the Netherlands
8 September 2016 - 27 November 2016
Duo exhibition by Alejandro Cesarco and Yeb Wiersma
Curated by Suzanne Wallinga


The Center of the Story features new works by artists Alejandro Cesarco (UY, lives and works in New York) and Yeb Wiersma (NL). In the exhibition the notion of empathy plays a central role: how can we better understand ourselves and the other? What role do language and imagination play in this process? What characterizes Cesarco and Wiersma is a clear, often modernist visual language and a practically grammatical analysis of emotion and feeling.


The artists almost seem like opposites: he uses references to the past and comes to an understanding of the present, often by offering a historicist perspective. In his work, the autobiography returns in many shapes and forms. She is all about the now. Wiersma’s work is often fleeting and is physically expressed in scripts and choreographies in addition to public interventions. In this sense she often explores what motivates people to interact when they come together. 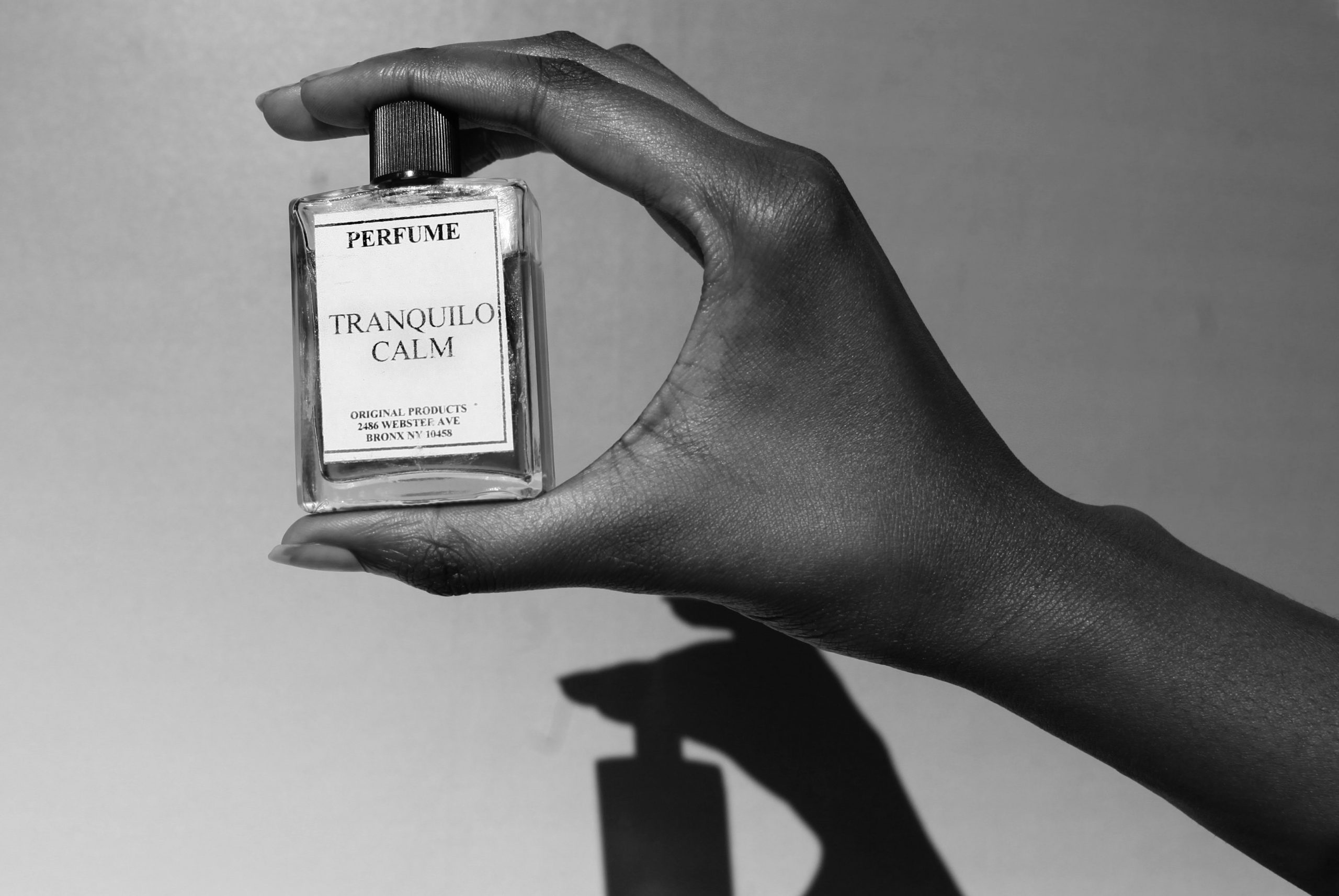 Alejandro Cesarco’s practice is strongly linked to the aesthetics and tradition of classic conceptual art. The artists works with indices, diagrams, photography, drawings, video and sending flowers. In his work text is often more important than image: text replaces or transforms image. In doing so, Cesarco references art history and modern literature. With this exhibition the artist’s work is shown for the first time extensively in the Netherlands.


Literature and nature are important sources of inspiration for Wiersma in order to approach and confront the world around her with a clean polished look and renewed vitality. Her work comes to fruition amongst people. She employs clear procedures, light absurdity and a disarming energy that is inviting and inspiring. In doing so, Wiersma connects abstraction with social interaction and magical thinking on social issues.

The latest film by Alejandro Cesarco continues the artist’s investigation into the grammar of the romantic coupling – namely the pursue of desire sustained over the long term and the limitations of language in articulating it. How does our self image differ from who we really are or have become? How do we deal with this difference? And what is the role of the other within this process? The Inner Shadow (2016) is an intimate portrait of two lovers. The film follows a couple that looks back on failed expectations and unfulfilled promises. The tone of their conversation is highly personal, but also somewhat artificial. The boundaries between dialogue and monologue are vague. The Inner Shadow tells a story about the evolution of longing over an extensive period and reveals the limits of language in expressing our love. Remarkably Cesarco often works with the same actors in his films who have aged over time (and play themselves, but also somehow function as the artist’s double). The camera watches the actors and can’t help but judge them. The camera is, to a large extent, their consciousness or witness. What we see is more of a landscape than a portrait; the camera charts a field, a scenario, it maps out a dynamic. The hand-held camera documents a theatrical, rehearsed, ceremony depicting a complete and ideal love, or its breakdown. What is seen is the attempts of sustaining desire over a long term. What is negotiated is the difference between who we are and who we were. The Inner Shadow could be considered a sequel to Cesarco’s earlier film Methodology (2011), which was presented in the Uruguayan pavilion at the Venice Biennale. A Tale of a Tub is honored to be presenting the world premiere of Cesarco’s latest work.

The work of Yeb Wiersma is about “refreshing” and “going astray”, literally and figuratively, and is a tool to activate and intensify her own and other people’s imagination. For The Center of the Story the artist is developing a magical perfume dedicated to the city of Rotterdam, among other works. In the opening week of the exhibition, cleaning trucks from the Rotterdam Sanitation Department will spread two ritual perfumes throughout the city: Tranquilo (calm) and Intranquilo (restless). Stemming from the idea that everything springs from a collision between these opposites, (In)Tranquilo serves as an ode to the city of Rotterdam. (In)Tranquilo is also a reference to the performance Garbagetruck Dance by the American artist Mierle Laderman Ukeles, which was presented in Rotterdam in 1985. This ballet for ten garbage trucks and street sweepers brought to the foreground the often-invisible work of the caretakers of the city.

On Sunday, September 11th between 16:00h – 18:00h, Alejandro Cesarco will deliver a brief performative lecture in the context of the exhibition The Center of the Story#1, titled A Personal History of Worrying and discuss other recent works. Two of his earlier films will be screened: Musings (2013) and Allegory, or, the Perils of the Present Tense (2015).

On Saturday, October 22nd Yeb Wiersma’s Reading is an act will be performed live in collaboration with the public during an artist talk & walk on location. The artist responds to the monumental architecture of the Justus van Effen Complex, where A Tale of a Tub is housed in the former bathhouse. Wiersma developed a special script for the building in which the current residents are characters. 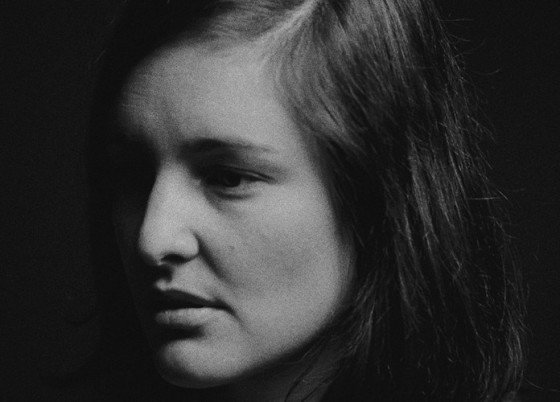 Alejandro Cesarco (Montevideo, Uruguay) lives and works in New York. His most recent solo exhibitions include: “Play,” Tanya Leighton Gallery, Berlin (2015), “Prescribe The Symptom,” Midway Contemporary Art, MN, (2015), “Loyalties and Betrayals,” Murray Guy, New York (2015), “Secondary Revision,” Frac Île-de-France/Le Plateau, Paris (2013), “A Portrait, A Story, And An Ending,” Kunsthalle Zürich, Switzerland (2013), “Alejandro Cesarco,” MuMOK, Vienna (2012), “Words Applied to Wounds,” Murray Guy (2012), “The Early Years,” Tanya Leighton (2012), “A Common Ground,” Uruguayan Pavilion, 54th Venice Biennial (2011), “One Without The Other,” Museo Rufino Tamayo, Mexico (2011), “Present Memory,” Tate Modern, London (2010). Group exhibitions include: “Under The Same Sun,” The Solomon R. Guggenheim Museum, New York (2014), “The Imminence of Poetics,” 30th Bienal de São Paulo (2012), “Short Stories,” Sculpture Center, New York (2011); and “Nine Screens,” The Museum of Modern Art, New York (2010.) He was the 2011 winner of the Baloize Art Prize, with his installation “The Street Were Dark With Something More Than Night Or The Closer I Get To The End The More I Rewrite The Beginning,” at Art 42 Basel. These exhibitions addressed, through different formats and strategies, his recurrent interests in repetition, narrative, and the practices of reading and translating. He has also curated exhibitions in the U.S., Uruguay, Argentina and a project for the 6th Mercosur Biennial (2007), Porto Alegre, Brazil. He is director of the non-profit arts organization, Art Resources Transfer.


Yeb Wiersma’s(Groningen, The Netherlands) practice is shaped by the belief that field studies and on-site research – being in motion and in relation – and the application of observational skills – the suspension of interpretation – enables alternative, sensory and lively routes of interacting with- and narrating the instant now. Yeb Wiersma graduated at the Gerrit Rietveld Academie (Fine Arts) in Amsterdam after which she continued her studies at Cooper Union in NYC. In 2014 Wiersma was granted as artist-in-residence at the Jan van Eyck Academie, Maastricht. Her works have been presented by FOAM Amsterdam, Museum De Paviljoens, Almere, Van Abbe Museum Eindhoven, Fantastic Man Magazine, Vrij Nederland, Jinji Lake Art Museum Suzhou a.o.


The Center of the Story is kindly supported by Municipality of the city of Rotterdam, Pauwhof Fund and Stichting Bevordering van Volkskracht. A Tale of a Tub and Yeb Wiersma wish to thank the Rotterdam Sanitation Department, the Rotterdam Public Library and last but not least Charles Nypels Lab (Maastricht) for their kind collaboration. The research for The Center of the Story is supported by a grant from the Mondriaan Fund.