Running Out of History


A Tale of a Tub, Rotterdam, The Netherlands
30 April 2017 - 9 July 2017
Exhibition by Michal Helfman
Curated by Nathanja van Dijk


The exhibition Running out of History unfolds around Michal Helfman’s latest eponymous film into a large, spatial installation. The artist transforms A Tale of a Tub’s bathhouse into a hybrid space that reminds us of both a colorful theater and a clandestine backroom. Helfman employs the concept of this theatrical front stage/backstage structure, in order to demonstrate how revealed and hidden forces are simultaneously at work in today’s society. Depending on your whereabouts in this structure your position constantly shifts: from being the observer to being the one who is surveyed, from aggressor to dancer, from smuggler to artist. After all, the theater is a place where roles are easily reversed, where nothing is what it seems and where the real and the symbolic coincide.


In her film Running out of History Helfman interweaves the complex relationship of the international community towards war-torn Syria with a search for the validity of art under the weight of history. In doing so, she questions the artist’s position in the face of this tragic reality. Using a mix of abstract dance, technology and theater Helfman draws our attention to pressing political issues of justice, collective responsibility, solidarity and the possibility of alternative perspectives on our world history.


“People want to forget history. But history is stronger than the narrative we choose to tell. Same stage, different actors, a new version of a forgotten play.” 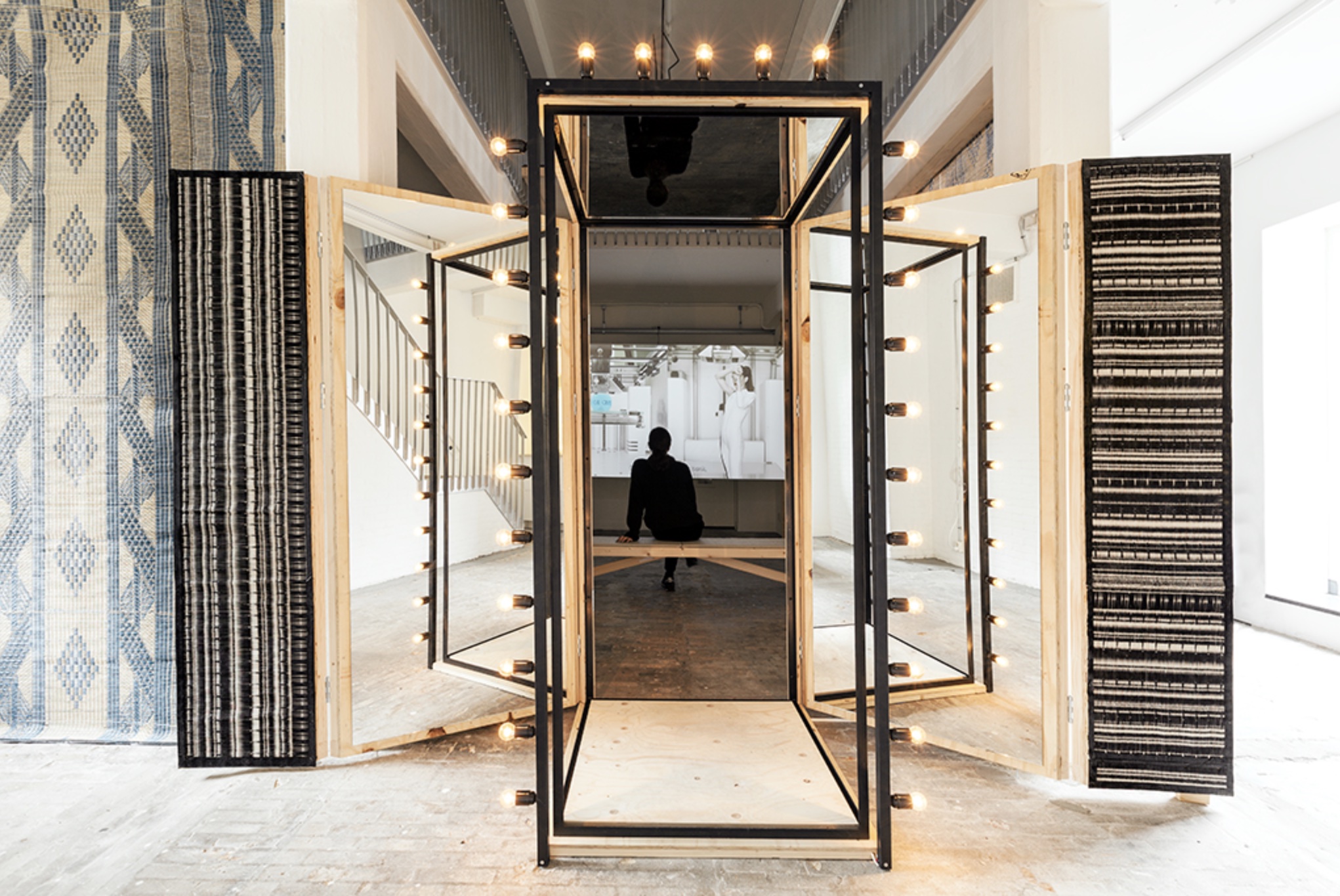 Michal Helfman, Running out of History, installation view A Tale of a Tub, 2017. Photo: studio-pc.com.

The narrative of Helfman’s film evolves around two dialogues, with the Israeli activist and humanitarian aid worker Gal Lusky in the lead role. The film commences with the re-enacted conversation between Lusky and her Syrian partner, with whom she worked undercover in Syria smuggling relief supplies into the most impenetrable areas of the country. When Lusky reveals her true identity, the relationship between both confidants suddenly becomes estranged, divided by their incompatible historical narratives. The second dialogue unfolds between Gal and the artist herself. They discuss the differences between activism and art and their understanding of smuggling within both of their practices.


At A Tale of a Tub Helfman further examines the concept of ‘smuggling’ as both a concrete activist tool as well as a metaphor for the artistic act, which constantly traces alternative paths within existing orders. Central to the exhibition are a pair of 3D printed dice, which were made with printers that were smuggled into Syria to produce prostheses for war refugees. Afterwards, the dice were smuggled out of Syria to end up in the exhibition. The words on the sides of these dice form the sentence: 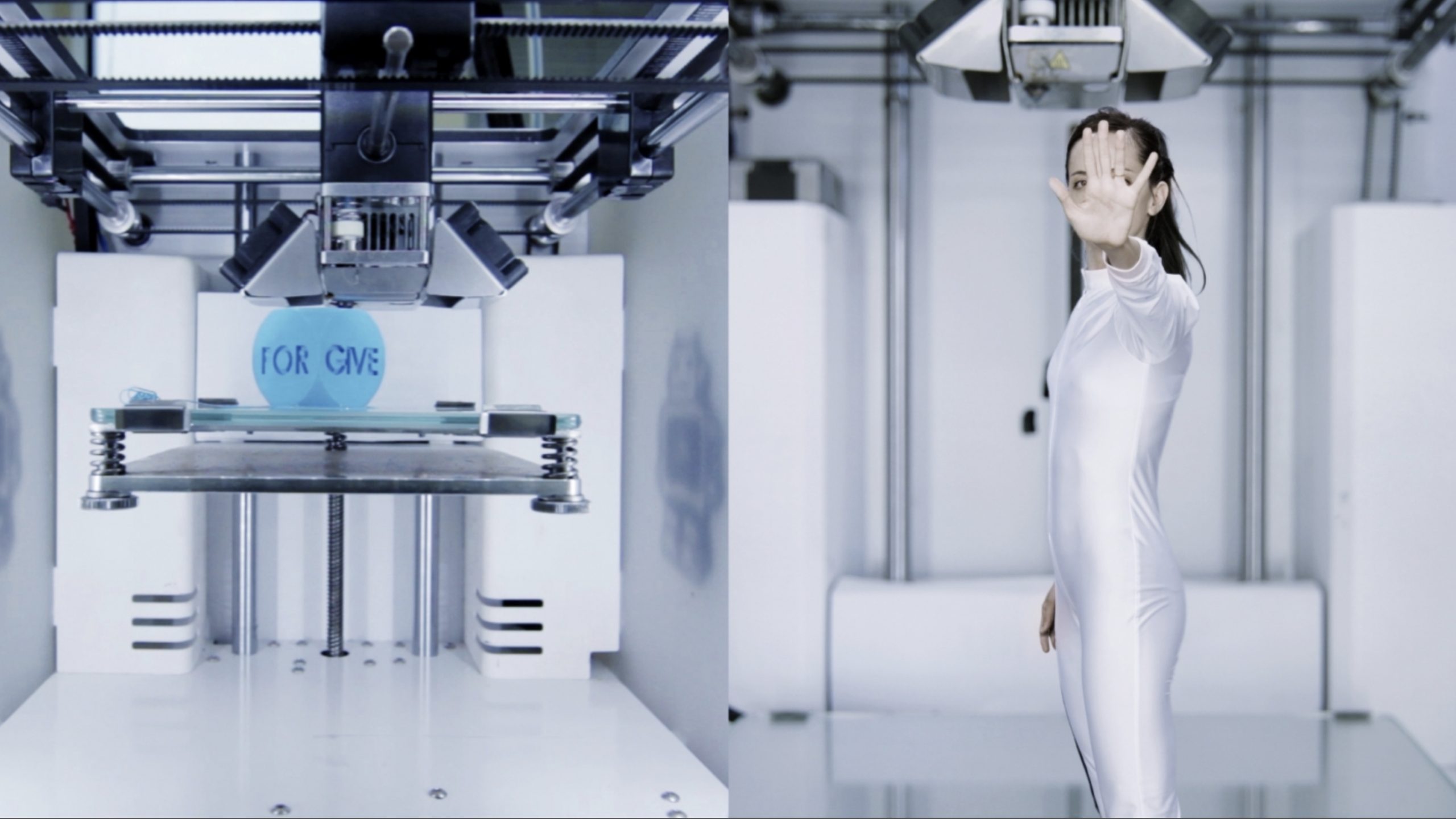 The text refers to the historical relationship between Israel, Europe and the Holocaust. However, historical narratives are never fixed. For example not too long ago Obama used the same words in his speech announcing the assassination of Osama bin Laden.


In the exhibition Running out of History Helfman tests the relationship between east and west, aggressor and victim, smuggler and artist, while playing with the dice. With each roll of these dice the historically laden sentence is deconstructed and reshuffled, reminding us of the arbitrary course of history as well as our relationship towards it on both a personal and collective level. While addressing these topical issues, Helfman explores ways in which artistic discourse can go beyond clichés of historical narratives. 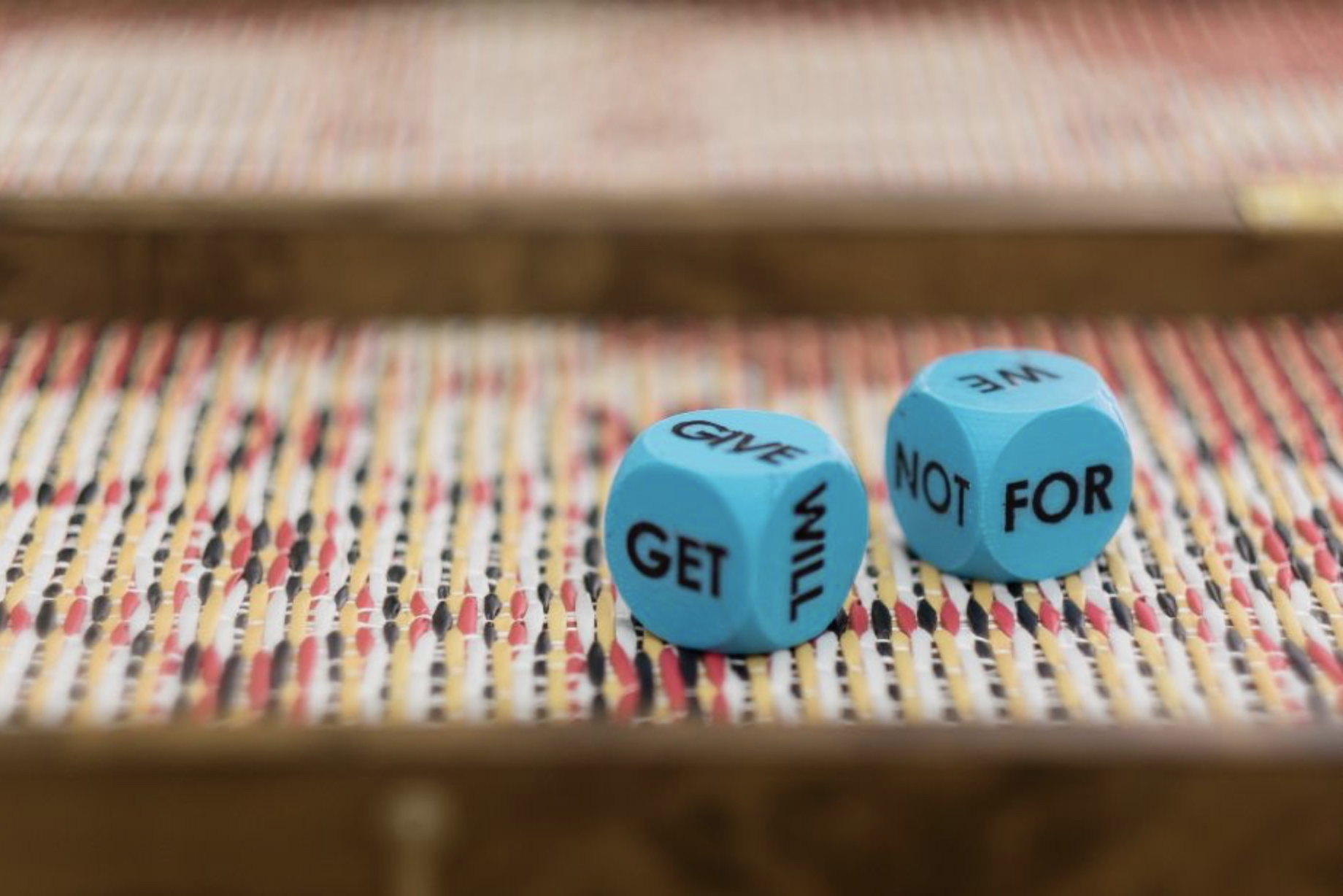 Michal Helfman, Running out of History, installation view A Tale of a Tub, 2017. Photo: studio-pc.com.

Michal Helfman (IL, 1973) lives and works in Tel Aviv. With her multidisciplinary practice she operates at the intersection of visual art, dance and theater. Helfman’s film Running out of History was presented at KW (Berlin) and at the São Paulo Biennale in 2016, and will be screened at Palais de Tokyo this fall. Running Out of History is Michal Helfman’s first solo-exhibition in the Netherlands. Other recent exhibitions include: Dance Macabre (2017, Nussbaum Haus, Osnabrück), I’m broke I can’t pay attention (2015, P!, New York, US), Tel Aviv Museum of Art visits Berlin (2015, MartinGropius-Bau, Berlin), CHANGE (2013, CCA, Tel Aviv, IL), Experiments in techniques of awakenings (2012, Yaffo 23, Jerusalem), and Herzliya Biennial (2011, Herzliya, IL). She teaches at the BFA and MFA program of Bezalel Academy of Art and Design in Jerusalem.