A Tale of a Tub, Rotterdam, the Netherlands
29 August 2015 - 1 November 2015
Exhibition and performance by Igshaan Adams
Curated by Carolyn Drake Kandiyoti and Fleur van Muiswinkel

Body as a site of conflict, performance, intimacy, societal progress


A Tale of a Tub is proud to announce its first residency with South African artist Igshaan Adams (1982), resulting in the exhibition Please Remember that opens on Saturday, August 29th at A Tale of a Tub. Please Remember is a multi-disciplinary exhibition with existing and newly commissioned works, including a performance by Adams and his father.

In Please Remember Adams explores the notion of cleansing within Islamic culture. He is interested in how this idea is related to site, environment and the body as a site of renewal. Please Remember takes its title from a performance in which the artist undergoes the ritualistic washing normally conducted on a person who has passed. During the opening on August 29th the artist’s father will conduct this ritual by washing his son’s body and covering him in white linen. This is one of the works in which Adams investigates the multitude of interpretations regarding the ritual of cleansing within a religious as well as non-religious context. In his practice, Adams uses the material and iconographies of Islamic tradition and colored culture particularly from South Africa to develop a more equivocal, phenomenological approach towards issues concerning race, sexuality and religion. His interests translate into performances as well as scupltures and handwoven, colorful tapestries. 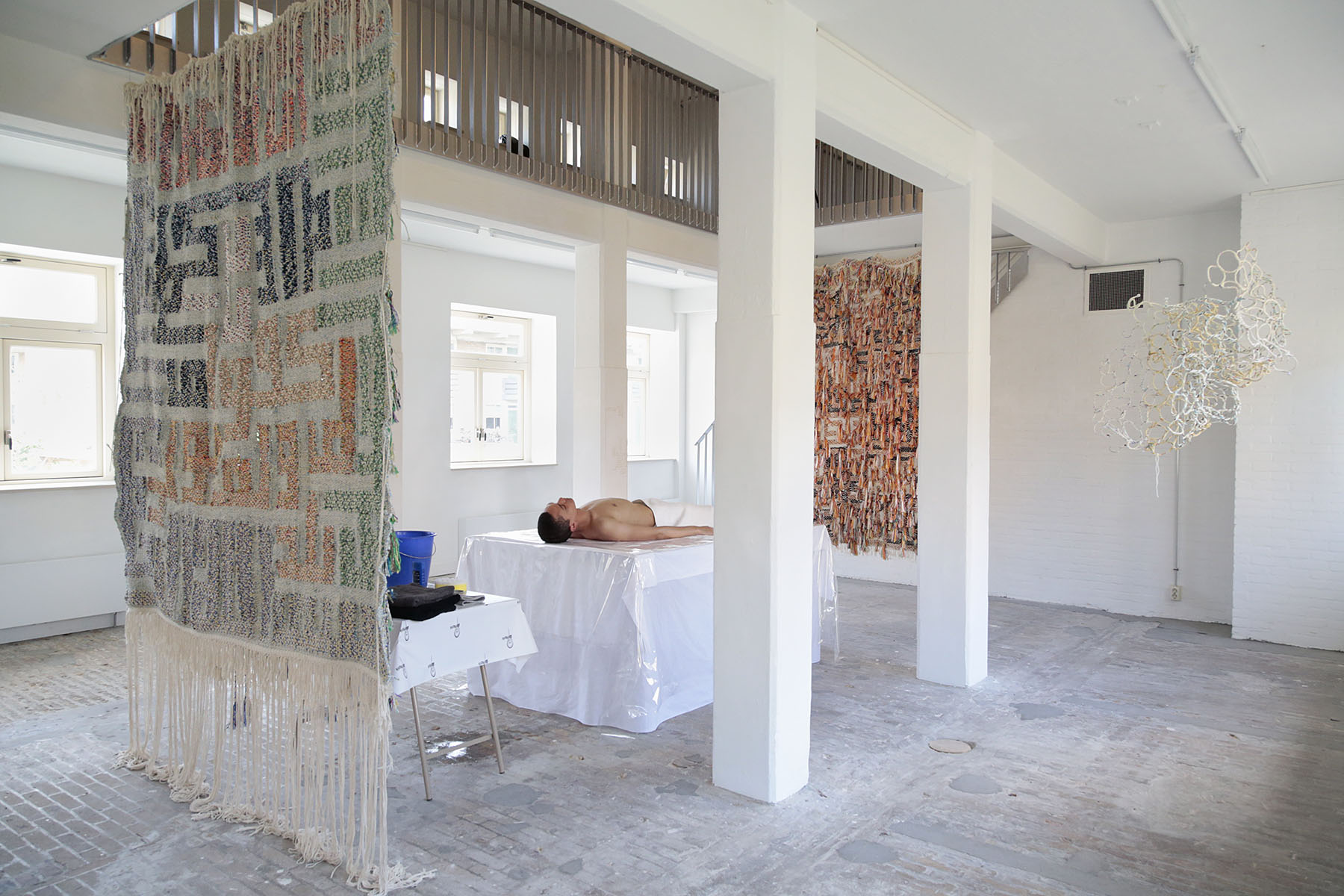 Leading up to the exhibition, Adams is spending two weeks in Spangen as the first participant in A Tale of a Tub’s International Residency Program. Adams explores the neighborhood – known for its demographic diversity and its dynamic history of urban renewal and regeneration since the 1970’s. During his residency, Adams works in the confines of the historic bathhouse of the Justus van Effencomplex to investigate the notion of cleanliness, cleansing rituals, purification, renewal and reconfiguration on a micro- and macro-level. Relating to the history of the building as the former community bathhouse, he considers the daily ritual of washing in its many forms as a kind of baptism; an act that aims to rid of impurities, rejuvenates, prepares one for daily life and for some, offers a veil of protection against the ‘unknown’.


“In my practice I am concerned with my two environments, both externally and internally, and the constant exchange between the two; I project onto the world, so too I internalize the world’s projections on me.” – Igshaan Adams 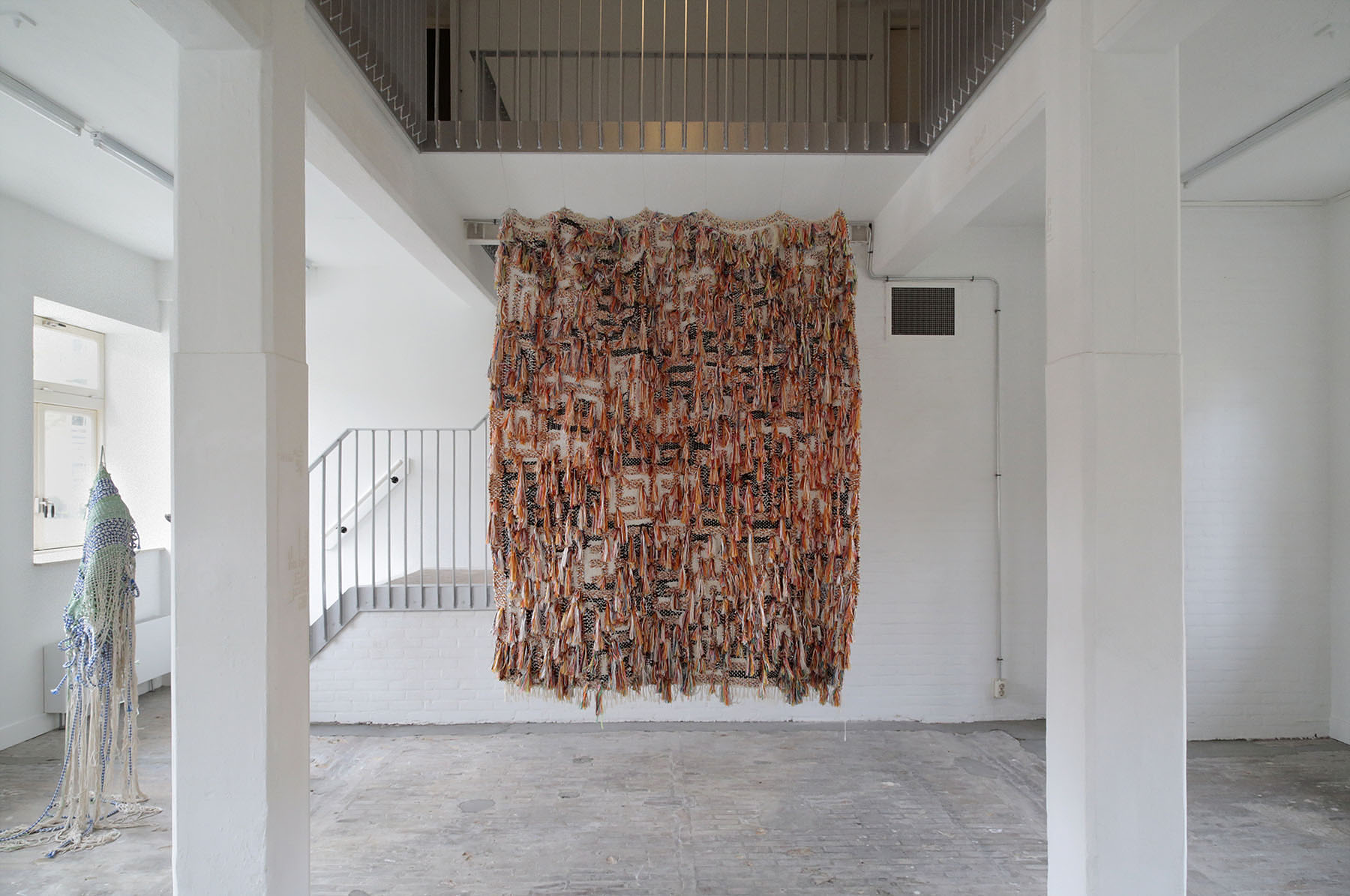 Adams (b. 1982, Cape Town) graduated in 2009 with a Diploma in Fine Art from the Ruth Prowse School of Art, Cape Town. His first solo show Vinyl was held at the AVA Gallery in 2010, followed by In Between at Stevenson Gallery (2011), If that I knew at Rongwrong in Amsterdam (2013), Have you seen Him? (2013) and Parda (2015) at blank projects, Cape Town. In 2012 Wanted Magazine selected Adams as one of its 12 Young African Artists, and in 2013 he was awarded the IAAB/Pro-Helvetia residency in Basel, Switzerland. Lately, Adams was selected for the 2014 edition of Sommerakademie im Zentrum Paul Klee, in Bern, Switzerland, and has had a permanent sculpture commissioned for the Wanås Konst Sculpture Park in Sweden. Adams lives and works in Cape Town, South Africa.