A Tale of a Tub, Rotterdam, the Netherlands
11 November 2018
Three performances by Toine Horvers
Curated by Suzanne Wallinga


A Tale of a Tub warmly invites you to join us for a series of three performances by the Rotterdam-based artist Toine Horvers in which the monumental Justus van Effencomplex takes centre stage. Horvers’s performative work strongly relates to the disciplines of dance, music and sound poetry. The works are strictly designed movements/movement sequences in which the physical and the vocal are inextricably linked. 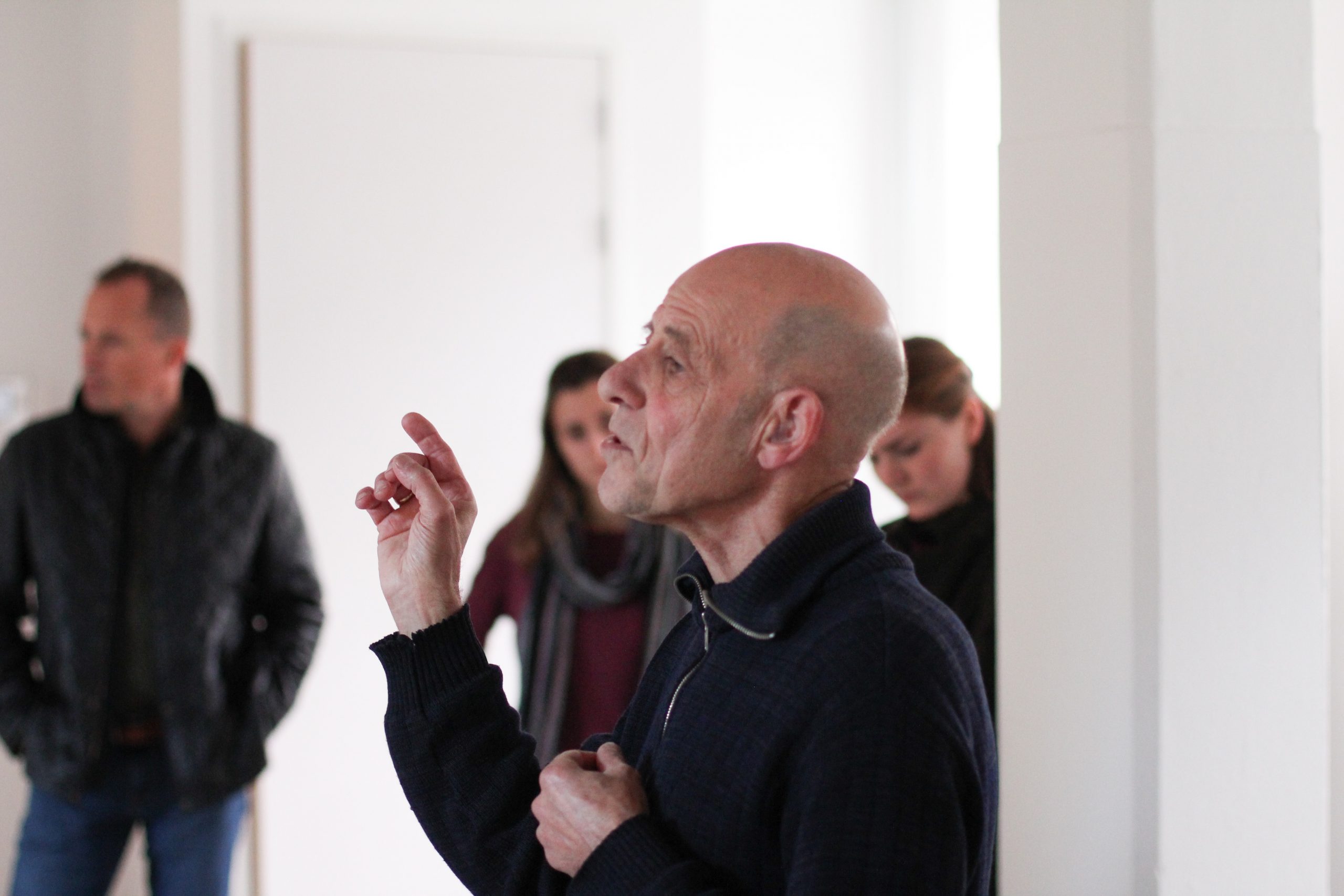 NESW, three performances by Toine Horvers at A Tale of a Tub, 2018. Photo: Clement Georgescu

Horvers will perform a collection of his recent series of rotational vocal movements in the acoustics of both the bathhouse and courtyards of the renovated social housing complex from the 1920s.

– Double Rotation 1 (premiere) in collaboration with Geert van Mil in two oppositional courtyards behind the bathhouse.


Toine Horvers recently stayed in Istanbul and India in order to experience the relation between forms and procedures in ritual and ceremonial music, and how these resonate with his own work as an artist. These meetings resulted in an ongoing series of physical and vocal movement studies: Rotations and Spirals. 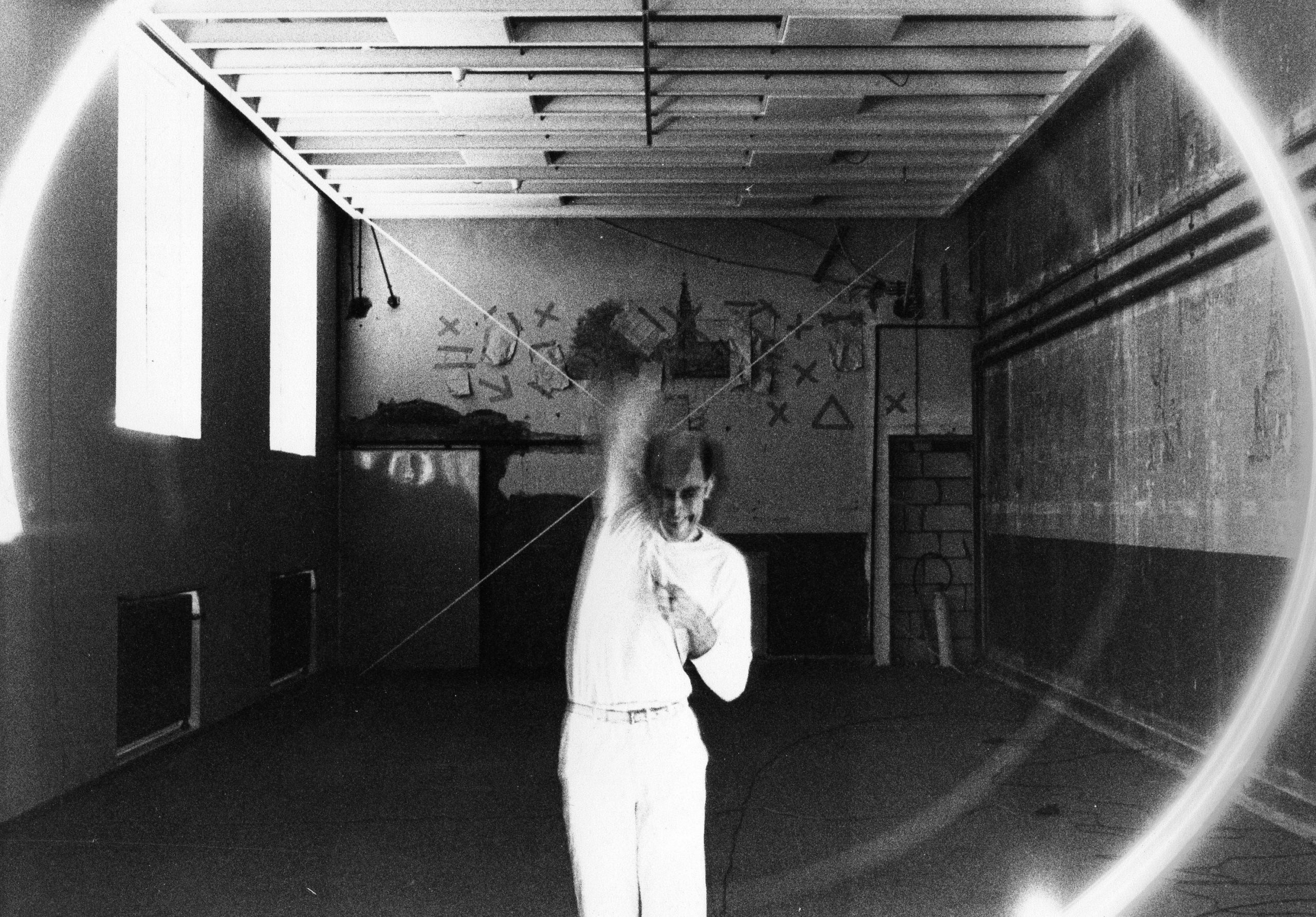 His descriptive texts play a basic role in his works, spoken in performances, written in books: hand-written unica as well as printed editions. Horvers recently published Chartres, one hour of sound in a Gothic cathedral (Onomatopee) and May, the sounds of birds in a dune valley at the head of the isle of Schouwen, number 143 in Zeeland’s Slib-series. He is currently working on two new publications: Liggen/Lying, short descriptions of body positions after waking up and Bewegingen/Movements, a collection of semi-documentary descriptions of works since 1979. Toine Horvers curated performance events such as Words Live and Music and Film, and from 2004 to 2014 programmed Sub Urban Video Lounge in Rotterdam. 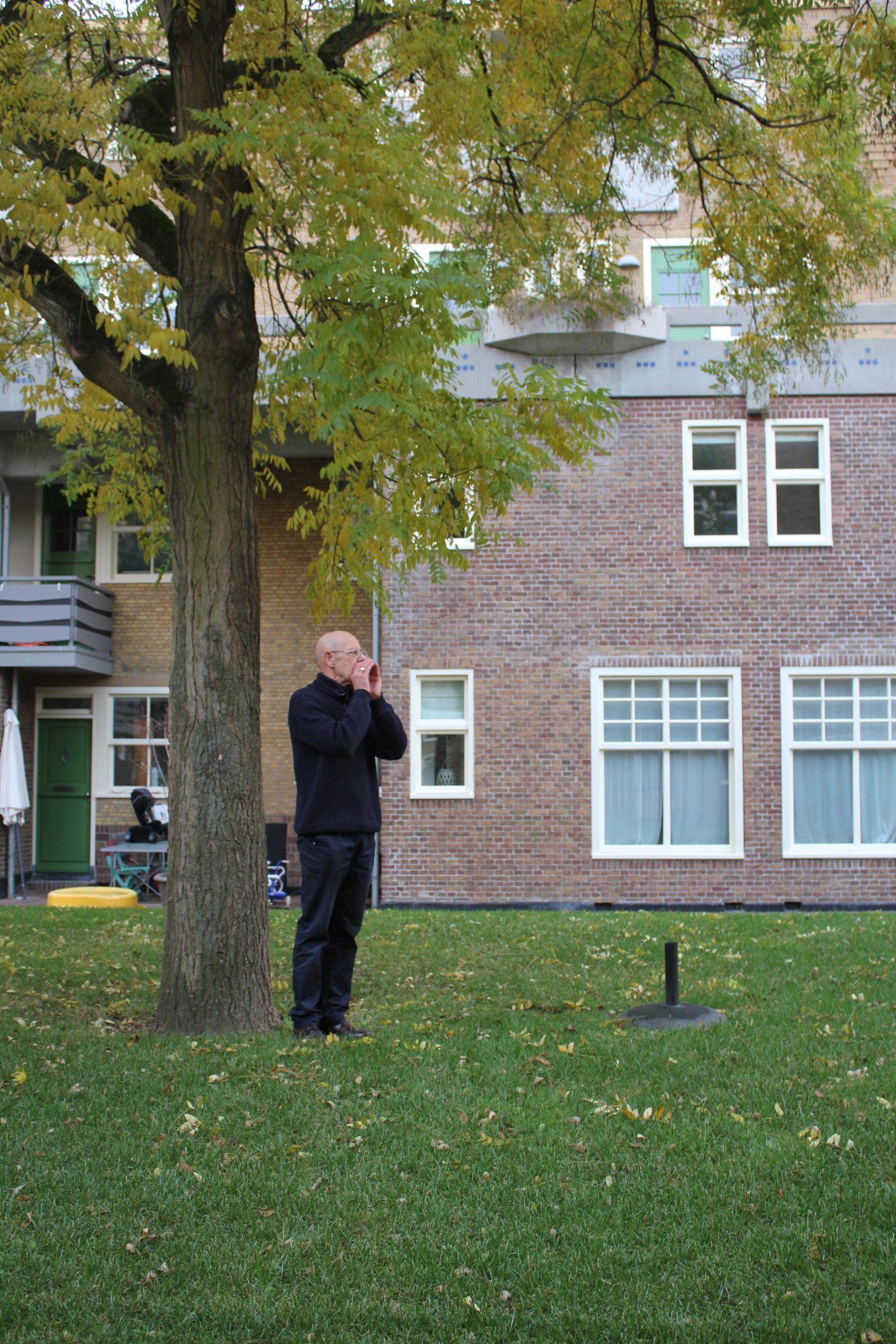 NESW, three performances by Toine Horvers at A Tale of a Tub, 2018. Photo: Clement Georgescu