A Tale of a Tub, Rotterdam, the Netherlands
18 November 2018 - 27 January 2019
Exhibition with commissioned film by Shezad Dawood
Curated by Suzanne Wallinga in conversation with Nathanja van Dijk


The solo exhibition Leviathan by Shezad Dawood revolves around the latest episode of Dawood’s ‘Leviathan Cycle’ series of films, which is co-commissioned by A Tale of a Tub and a Canadian partnership between Fogo Island Arts, Museum of Contemporary Art Toronto, and Toronto Biennial of Art. In dialogue with a wide range of marine biologists, oceanographers, political scientists, neurologists and trauma specialists, the Leviathan Cycle explores notions of marine welfare, migration and mental health and their possible interconnections. It is set in an imaginary future whose inhabitants are the survivors of a cataclysmic solar event. Each episode is told from the point of view of a different character and follows them as they drift across Europe, Asia and North Africa. The Leviathan Cycle was inaugurated in Venice in May 2017 to coincide with the 57th Art Biennale, and will unfold between 2017 and 2021. 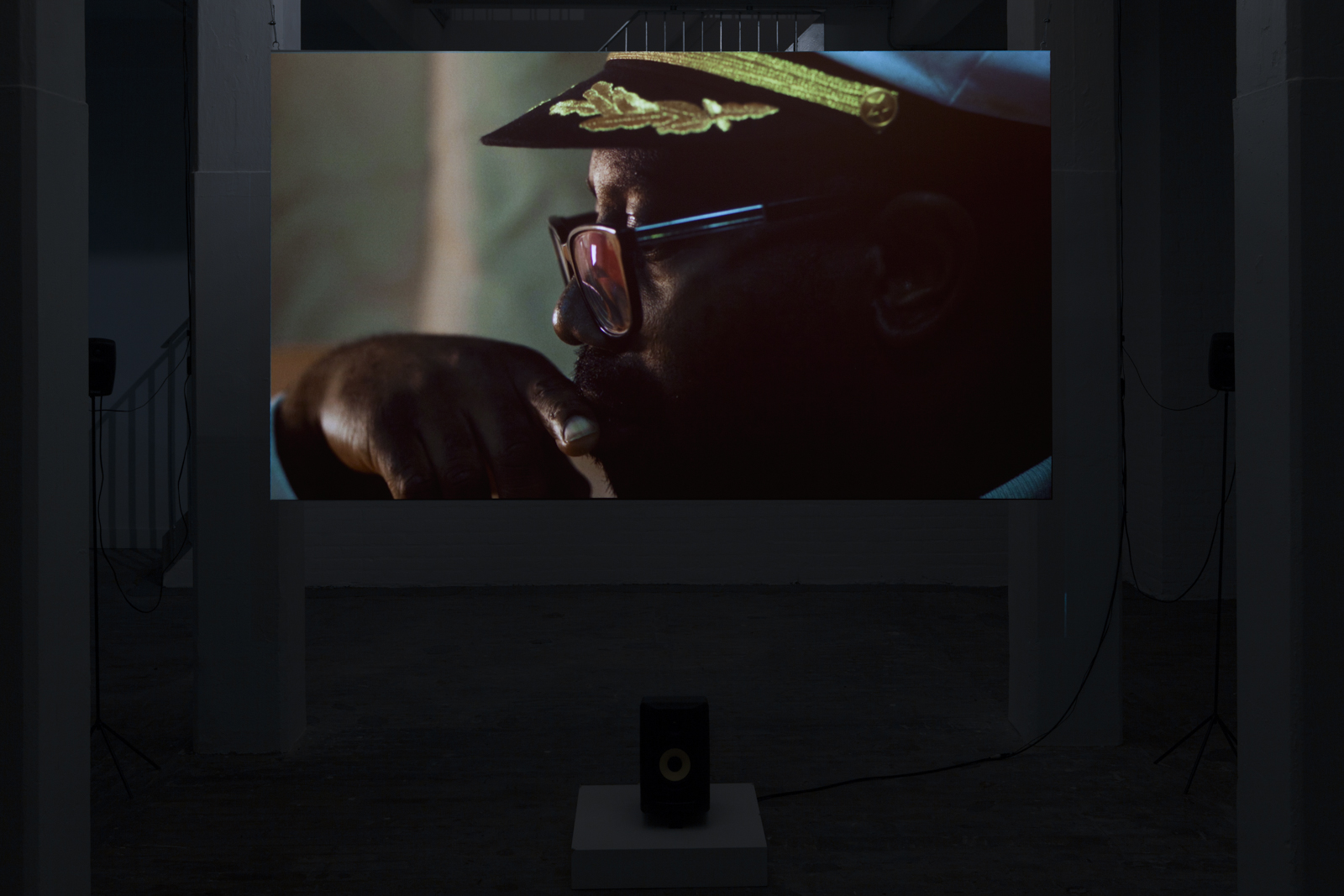 Leviathan Episode 5: Ismael looks at issues around cargo ships, international waters and free trade zones, and how maritime law creates a whole separate legal infrastructure. These human aspects of international trade, and globalization are paralleled with the migrations made by marine fauna, to look at ideas of frictionless trade, in relation to how the concept of ‘conservation’ might be applied to humans as much as to animals.


In addition to the new film, Dawood’s solo exhibition at A Tale of a Tub features a series of large textile paintings. The paintings have been developed in dialogue with the renowned textile manufacturer Fortuny in Venice, and incorporates several of their hand-made fabrics. Dawood has furthermore been working closely with the Labanof in Milan, an institute that conducts research on personal effects lost by migrants during sea crossings to Lampedusa, in order to help families identify missing relatives. A series of artifacts and objects from the Labanof archive have provided the visual references for the new textile works.

Shezad Dawood’s earlier film It Was a Time That Was a Time (2015) can be viewed on the mezzanine and is the result of a free-form, collaborative filmmaking experiment. Participants took turns documenting each other living in a speculative community formed in response to a theoretical environmental cataclysm, with devices that might have survived a devastating flood. As the artist explained, in this possible post-apocalyptic community, surviving on the periphery of New York, “rules of society, gender and relationships are given new expression.” Operating on the borders between speculative realism and performance, the piece was primarily filmed on Coney Island in the aquarium that was notoriously flooded during Hurricane Sandy. Participants and collaborators included Brooklyn-based artists, costume designers and choreographers, as well as youth participating in Red Hook Initiative — a nonprofit that organizes empowerment programs for the neighborhood.


Through the presentation of new and recent works—films, textile paintings and sculpture—the exhibition Leviathan explores speculative futures and questions where we could be if a deeper understanding of trauma and climate erosion is not found. Leaving us to deal with not only a humanitarian crisis, but a wider crisis affecting our entire biosphere.


Leviathan: Episode 5 has been co-commissioned by A Tale of a Tub, Rotterdam, and a Canadian partnership between Fogo Island Arts, Museum of Contemporary Art Toronto, and Toronto Biennial of Art. Kindly supported by the City of Rotterdam, BNG Culture Fund, Zabawas Foundation, Mondriaan Fund, Stokroos Foundation, National Film Board of Canada Archives and Prins Bernhard Culture Fund. Special thanks goes out to the lenders: THE EKARD COLLECTION, and the Hugo Brown Family Collection. 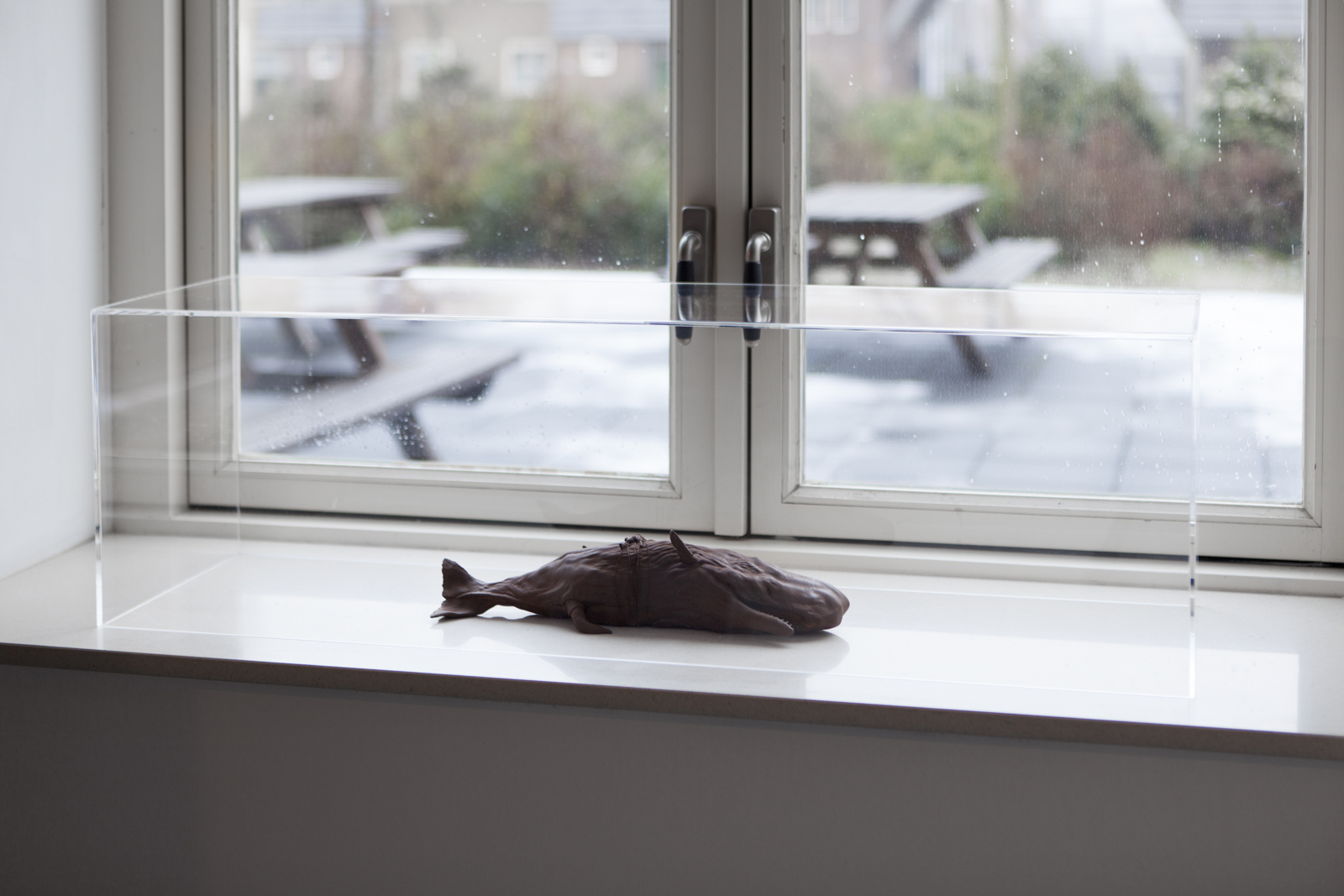 Shezad Dawood works across disciplines film, painting, neon, sculpture and more recently virtual reality to deconstruct systems of image, language, site and narrative. Using the editing process as a method to explore both meanings and forms, his practice often involves collaboration and knowledge exchange, mapping across geographic borders and communities. Dawood was born in London in 1974 and trained at Central St Martin’s and the Royal College of Art before undertaking a PhD at Leeds Metropolitan University. Dawood is a Research Fellow in Experimental Media at the University of Westminster. He lives and works in London.Dawood is a Jarman Award nominee (2012), and one of the winners of the Abraaj Capital Art Prize (2011).