Can we leave things as they are?


TAG presents an exhibition with works by Rory Pilgrim and Louwrien Wijers. The exhibition addresses some of the most important developments that began to surface in the early 1990s and are still affecting the economic, social, and political life.


Can we leave things as they are? (2010 -) is a combination of a social sculpture and a performance by Rory Pilgrim which is being realized over time at multiple locations. In the work Pilgrim creates a relationship between the decisions of a small group of elderly people from the local environment, and a message that will be broadcasted out to the city. The participants who are invited to the exhibition space discuss certain topics concerning collectivity and transformation. The outcome of the conversation leads to a musical score that is played on a carillon in the city. The first performance took place as part of the exhibition O.ff.s.p.r.i.n.g. MMX at De Ateliers in Amsterdam in 2010 (curated by Suzanne Wallinga). The Hague, “City of Peace and Justice”, will serve as a cultural backdrop for the work which is originally conceived and reflecting upon the historic speech and statement on 19th of May 1989 by Zhao Ziyang. Zhao personally made a speech urging the protesting students on Tiananmen Square to end their hunger strike. He called out to them, “We are already old, it doesn't matter to us any more“, it was his last public appearance. After the incident, Zhao was placed under house arrest and replaced. 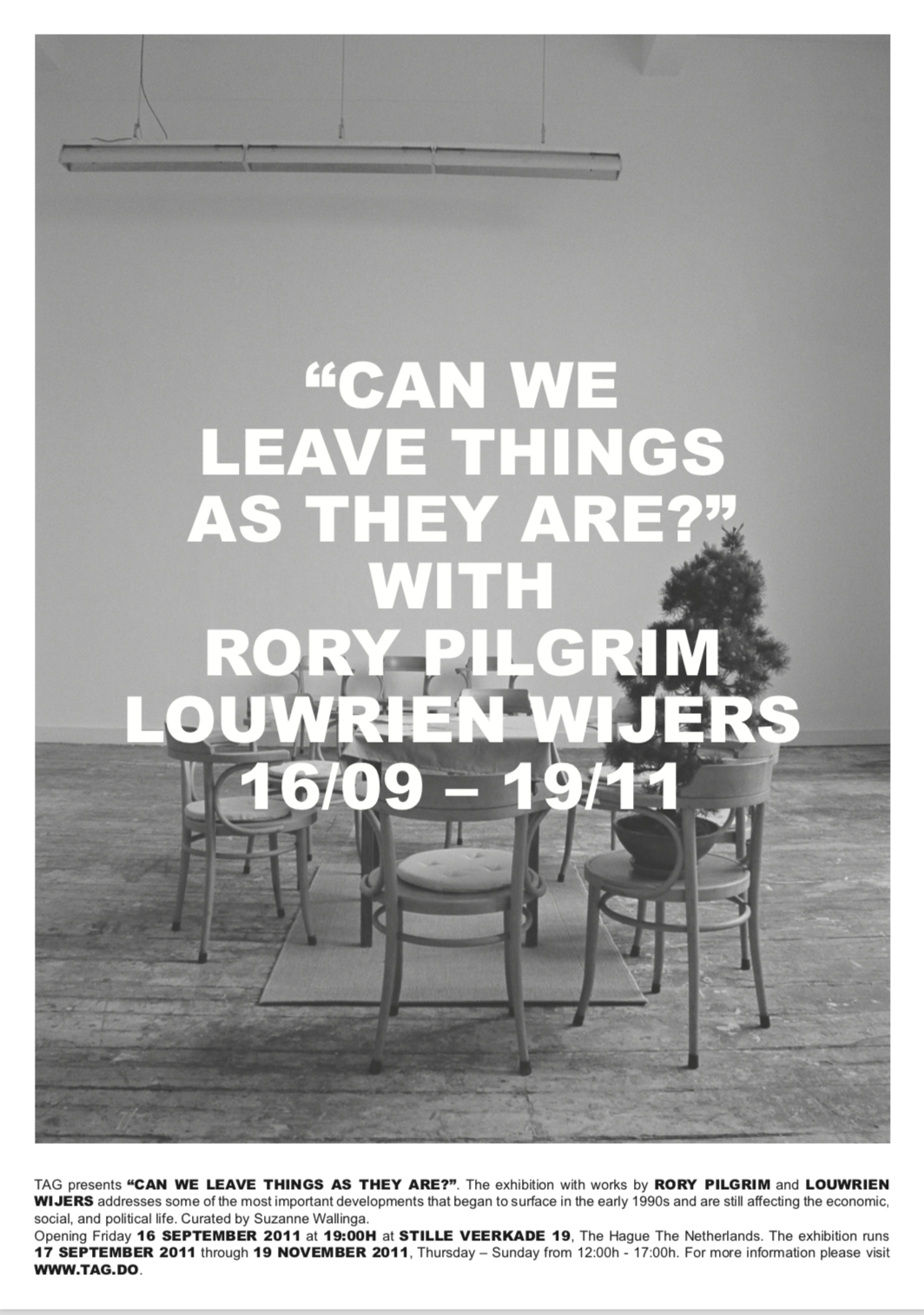 Art meets Science and Spirituality in a changing Economy is a mental sculpture of panel dialogues in 1990 in the Stedelijk Museum initiated by Louwrien Wijers. TAG presents the recently edited integral documentation of the discussions, next to an overview of Wijers’s writing. The conversations from Art meets Science and Spirituality in a changing Economy focus on the future of art, religion and money and bring forward the thoughts and ideas from scientists, artists and spiritual leaders, including David Bohm, John Cage, Ilya Prigogine, Dalai Lama, Lawrence Weiner, Marina Abramovic, Fritjof Capra, and Robert Rauschenberg, among others. The prediction of the participants in the panel discussions is that we are moving from a “competitive society to a more compassionate society”.


This is the growth the artists were aiming for who perceived art as a possible way of changing the world for the better. “Dramatic cultural and socio-economic changes require that we relinquish our anxiety-ridden mechanistic linearity”, says Wijers, “competition, fragmentation and specialisation based on the alleged certitudes of the mechanistic world view have to be replaced by respect for others and a general awareness of universal responsibility.” 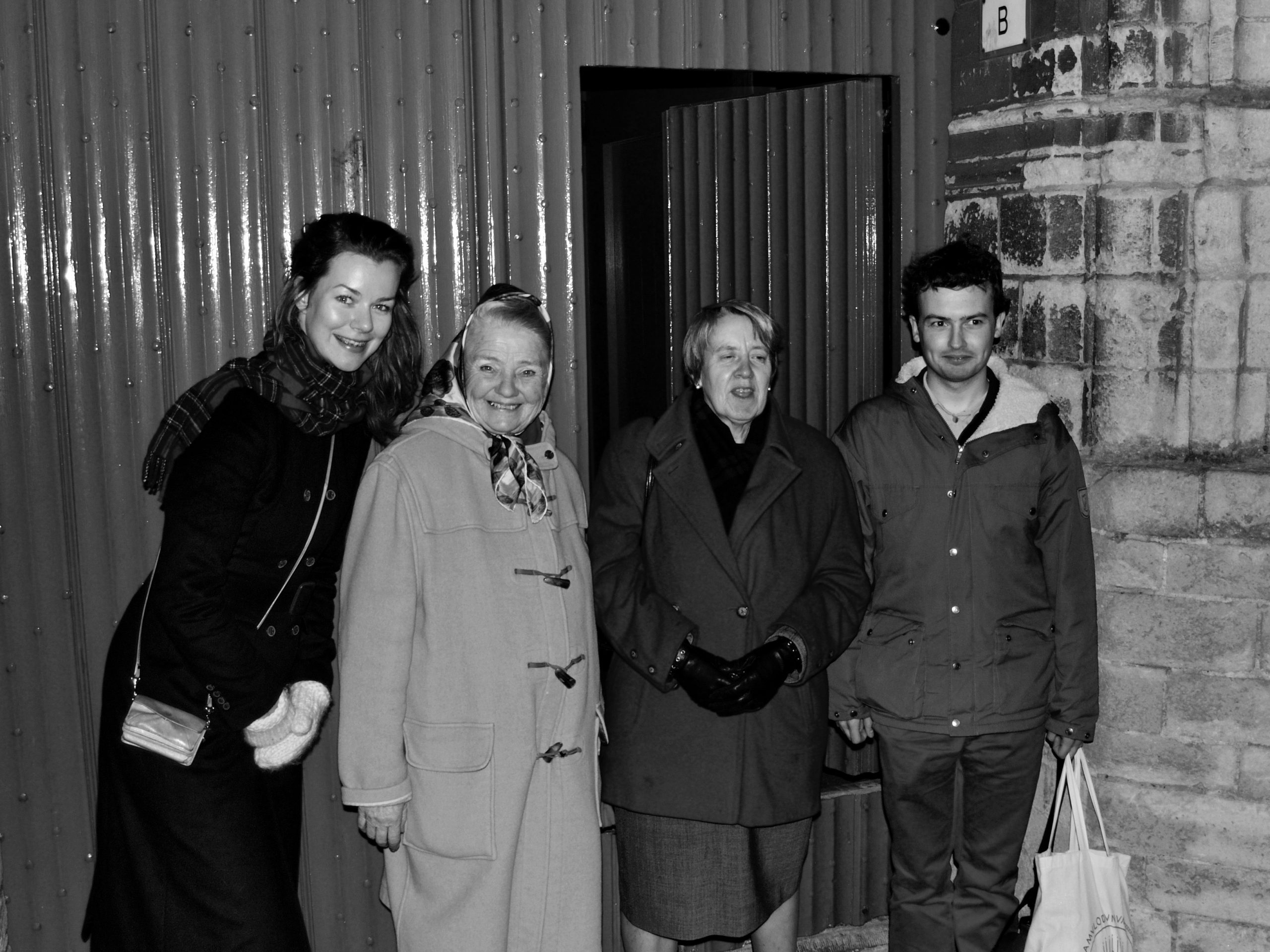 Rory Pilgrim (UK, b. 1988) ingeniously combines musical composition, singing and conducting choirs with investigation into political structures, social issues and the design of the public space. He intervenes in communities by providing some kind of service or a simple gesture, thereby creating works that function at the interface between the visual arts, music and cultural sociology. Beginning in 1978, artist and writer Louwrien Wijers (NL, b. 1941) conducts interviews with charismatic individuals from all over the world. Can we leave things as they are? is kindly supported by The Hague City Council and the Mondriaan Foundation.


On 5 November an event at TAG called “Food is the Future” invites anybody interested to speak, cook and eat with Rory Pilgrim, Louwrien Wijers and Egon Hanfstingl, the cook. 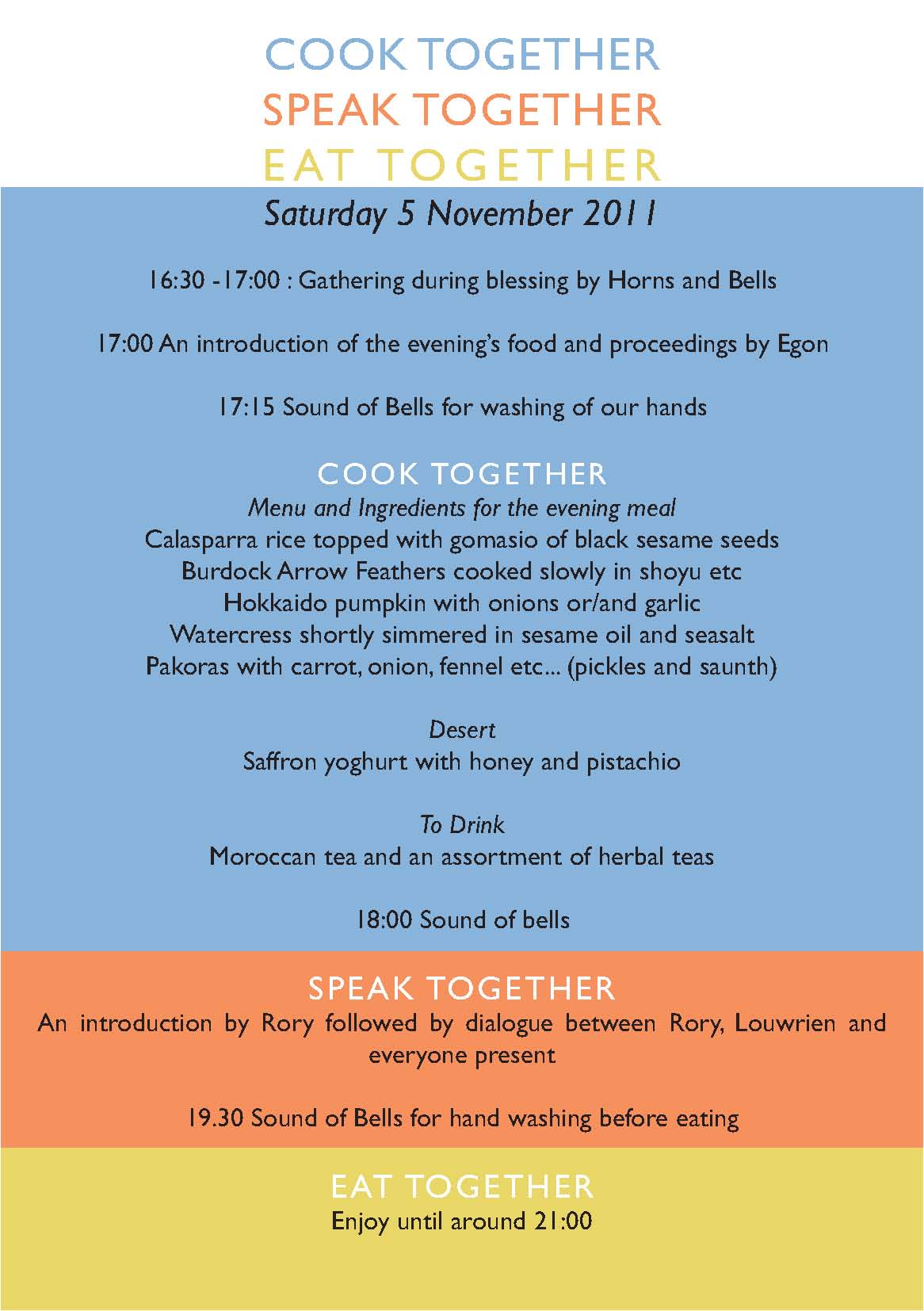