A Tale of a Tub and HE.RO present an afternoon of screenings, talks and a panel discussion on Saturday 24 November during Amsterdam Art Weekend, from 13h to 18h. 'Art, Ethics, Schizophrenia & the Marine Environment' is organized in the context of Shezad Dawood's ambitious project Leviathan, a ten-part film cycle conceived and directed by the artist, that was inaugurated in Venice in 2017 to coincide with the 57th Art Biennale.


With Amira Gad (Serpentine Galleries) reflecting on Shezad Dawood’s Leviathan in her keynote lecture How does it end when it starts at the end?, geologist Dr. Martin Ziegler (NICO Expedition/University of Utrecht) speaking about the cause and impact of climate variability on a range of geologic timescales, the primary focus of his research being the reconstruction of past climate variability using in particular the carbonate clumped isotope thermometer, and Jeff M. Diamanti (University of Amsterdam) sharing his view on medium-specific heliotropisms, as Diamanti refers to them, that offer unique and plural forms of critical perception that help accelerate the process of letting climate change theory, each using distinct mood, materiality, and temporality. According to Diamanti, recent aesthetic interventions by Shezad Dawood, Chris McCaw, and Olafur Eliasson help focalize the present through the figure of the beach—that originary landscape where sea and land mix matter, distributing solar and lunar energies in turn. Shezad Dawood's Leviathan Episode 1: Ben (12’), Leviathan Episode 3: Arturo (14’), and the trailer of Leviathan Episode 5: Ismael (on view at A Tale of a Tub) are screened during the afternoon.


For video documentation of the symposium: please click here. 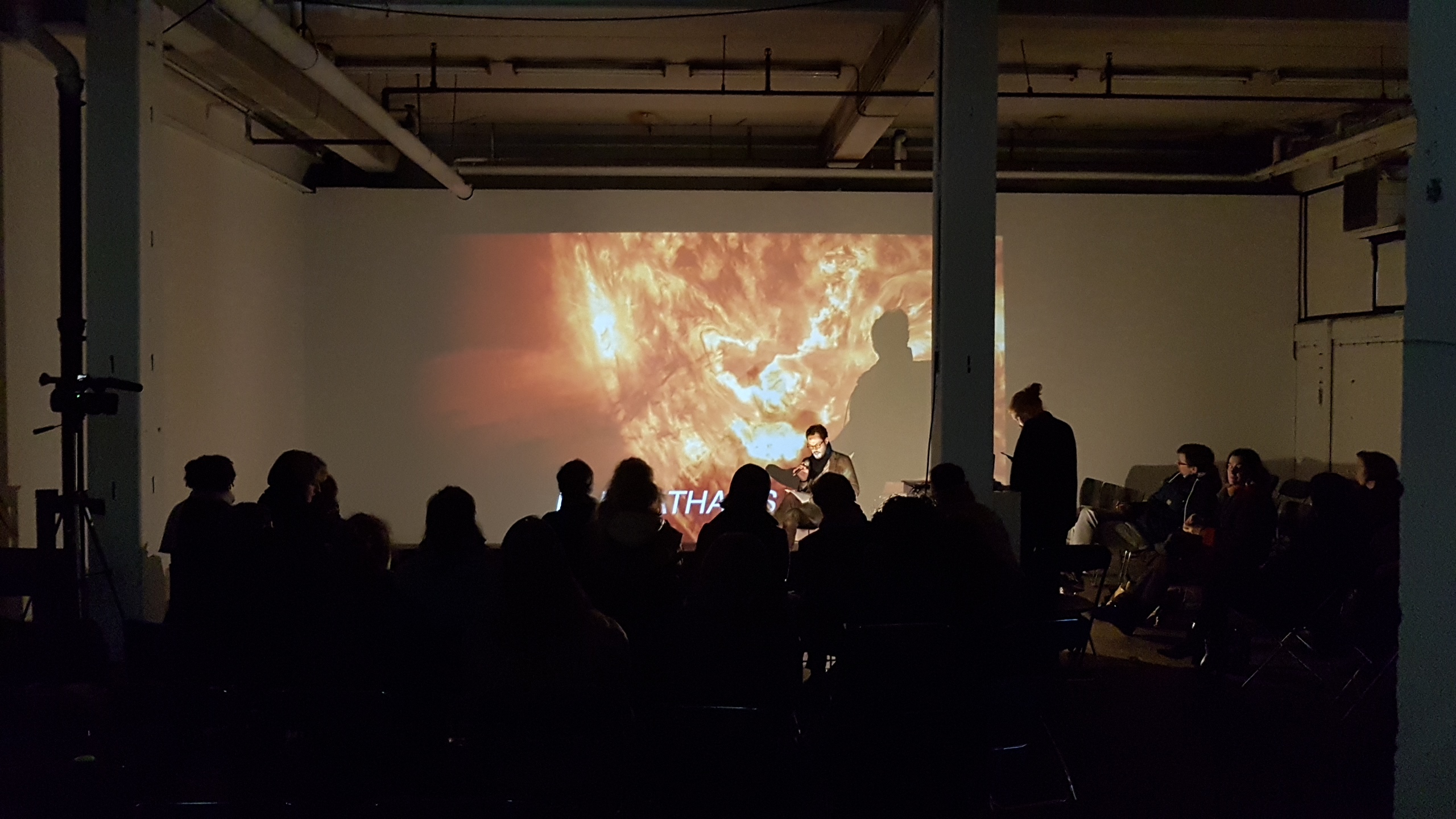 In dialogue with a wide range of marine biologists, oceanographers, political scientists, neurologists and trauma specialists, the Leviathan Cycle explores notions of marine welfare, migration and mental health and their possible interconnections. Leviathan is set in an imaginary future whose inhabitants are the survivors of a cataclysmic solar event. Each of the ten episodes is told from the point of view of a different character and follows them as they drift across Europe, Asia and North Africa, encountering a series of idiosyncratic communities.


Leviathan explores where we could be if a deeper understanding of trauma and climate erosion is not found, leaving us to deal with not only a humanitarian crisis, but a wider crisis affecting our entire biosphere. How do we respond to the key challenges that face us? Whereas the first three episodes of Leviathan were premiered in Venice last year, episodes 4 and 5 premiere in Amsterdam (at HE.RO) and Rotterdam (at A Tale of a Tub) respectively, during Amsterdam Art Weekend 2018. 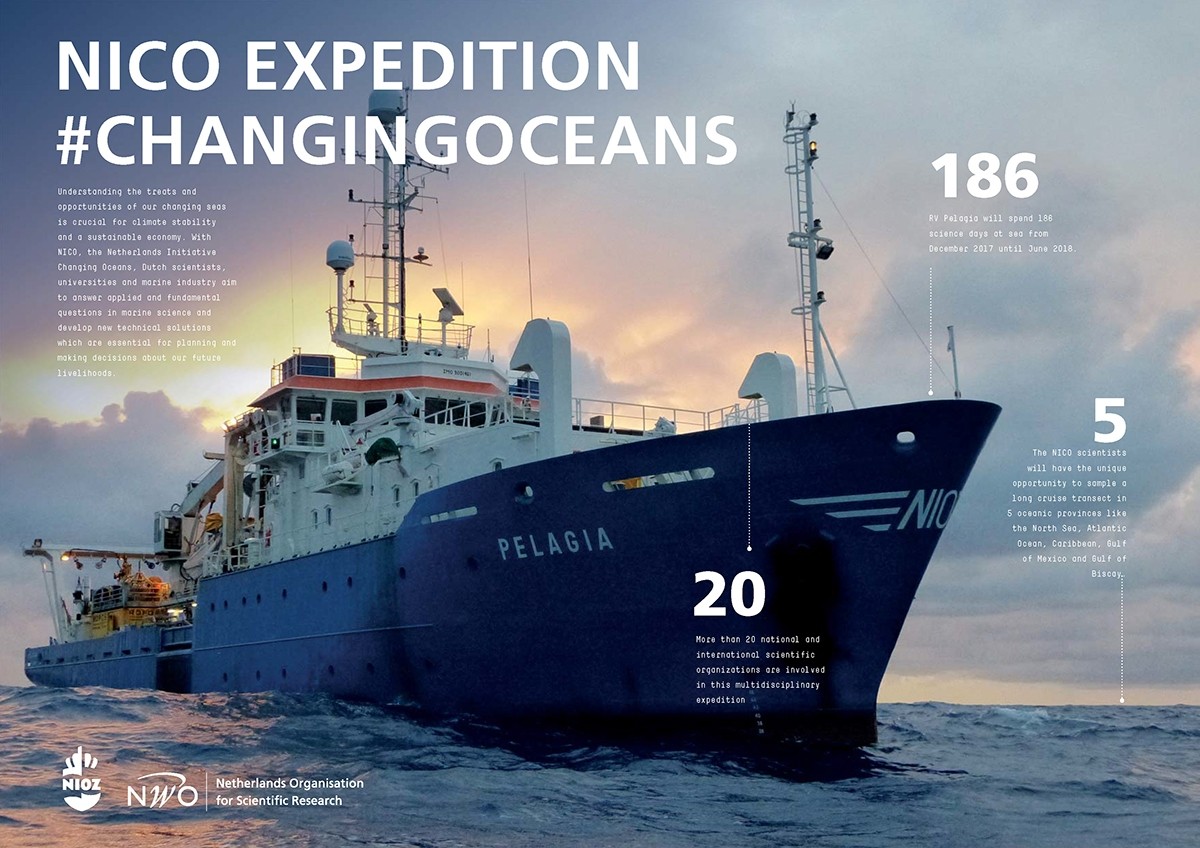 Shezad Dawood (UK, 1974) works across film, painting and sculpture to juxtapose discrete systems of image, language, site and multiple narratives, using the editing process as a method to explore meanings and forms between film and painting. His practice often involves collaboration, working with groups and individuals across different territories to physically and conceptually map far-reaching lines of enquiry. These networks map across different geographic locations and communities and are particularly concerned with acts of translation and restaging. For example, his collaborative film project, Feature (2008), relocated the action of a traditional western to the English countryside, slipping into other sub-genres such as the zombie-flick, and Wagnerian opera (and features cameos from artists Jimmie Durham and David Medalla), as well as South Asian godflick. Another recent video work, Towards the Possible Film (2014), shot on location in Sidi Ifni, Morocco, explores anthropological concepts of indigenousness through the genre of science fiction.