Amsterdam Art and the Stedelijk Museum came together for all-inclusive online coverage of the 2020 edition of the Amsterdam Art Gallery Weekend. From the 27th to the 29th of November, art lovers could join us on the Stedelijk Museum's YouTube Channel, where we left no stone unturned, shared behind the scenes content-conversations and talks by exhibition curators, artists and content creators. We stopped by Gallery Weekend participating galleries and institutions for interviews with all those helping make Amsterdams unique art ecosystem a reality. Artists performances, art films and fascinating talks that you might otherwise have missed due to coronavirus restrictions were made available online in a three-day live program. You can rewatch the program below.

The first day of the program started with converations with the gallerists from Onrust gallery and Multiplemadé, who were interviewed by De Cultuurvlogger. Then, we joined curator Ellis Kat for an online tour of the KunsyKoop exhibition at Capital C, a collaboration between Amsterdam Art and the Mondriaan Fund. We continued with an experimental video in which artist Fernando Sánchez Castillo was interviewed by artist duo Sander Breure & Witte van Hulzen, about what inspired his solo exhibition at tegenboschvanvreden gallery, in which the artist contemplates the ways in which art can contribute to the undermining of icons, such as the Statue of Liberty or the paintings of Goya, in order to recharge them with new meanings. The exhibition is an ode to the power of the anonymous and constructive protest, as well as an attempt to ‘reset’ collective memory. We then continued on a tour around the city with De Cultuurvlogger, who speaks with the gallerists from Andriesse ~ Eyck, Van Gelder and Borzo Gallery. De Ateliers resident Sarah Naqvi shared her film "How does one say queen in Islam" (2020) for a special online screening, before we were taken around the Stedelijk Museum's newly opened exhibition "Ulay was here", which got introduced by museum director Rein Wolfs and exhibtion curator Hripsimé Visser. The program ended with an online artwork by artist Constant Dullaart, in collaboration with Upstream Gallery.

The second day of the program started with a live conversation between artist Penny Siopis and curator Maaike Gouwenberg, about Siopis's exhibition at Stevenson Gallery. We then joined De Cultuurvlogger for a tour around the city, and conversations with The Merchant House and Annet Gelink Gallery. This was followed by an in-depth conversation between curator Marjon Bloem and artist Rini Hurkmans, about her solo exhibition at Lumen Travo Gallery, that showed works that she developed during her working period as Artist in Residence at the Royal Netherlands Institute in Rome (KNIR). Hurkmans's research into the press photo of the moment just after Michelangelo's Pietà was attacked in 1972 serves as the starting point for her new work that also builds upon earlier work inspired by this photo since she acquired it in 1992. After this, we continued with a tour through the Stedelijk Museum's newly opened exhibition "Ulay was here" by museum director Rein Wolfs and exhibtion curator Hripsimé Visser. Curator Frederik Schampers continued with an insightful interview with artist Sebastiaan Bremer about his exhition at Ron Mandos Gallery. De Cultuurvlogger took us on a tour around several Amsterdam Art particapiting galleries, before the second day was concluded by a screening of the lastest film of De Ateliers resident Horacy Muszyński, which was filmed dutring his stay at project space VHDG in Friesland. For his horror film "Rixt" (2020), Muszyński drew inspiration for the script from Frisian folklore. The story of the witch Rixt van Oerd is central to the film. Muszyński portrays the Frisian Wadden landscape in a unique way, as a backdrop for a dystopian vision of the future. Current topics, including plastic pollution in the Wadden area and the economic consequences of the coronavirus crisis, have been incorporated into the film with a lot of humor. An enthusiastic amateur crew and cast were involved in the project from start to finish, developing their talents in the process.

The last day of our online Amsterdam Art program kicked off with art historian Huigen Leeflang interviewing artist Laurence Aëgerter about her show at Caroline O'Breen gallery. Rijkakademie resident Molly Palmer then spoke about her exhibition at Akinci gallery, before we were taken on a tour around Femmy Otten's exhitition at Fons Welter Gallery, by the artist herself. In collaboration with Kunst is Lang and De Oude Kerk we hosted an online conversation with artist Aimée Zito Lema, who discussed her work "here is where we meet", in which the artist considers questions like How do we deal with change over time and what precedes it? in creating a site-specific exhibition for the Oude Kerk. The program continued with artist Daniel Firman talking about his work at Reflex Gallery, before we continued with art historian Robert van Altena interviewing artist Krijn de Koning about his work that was on show at Slewe Gallery. The day ended with a tour through the Stedelijk Museum's newly opened exhibition "Ulay was here" by museum director Rein Wolfs and exhibtion curator Hripsimé Visser. 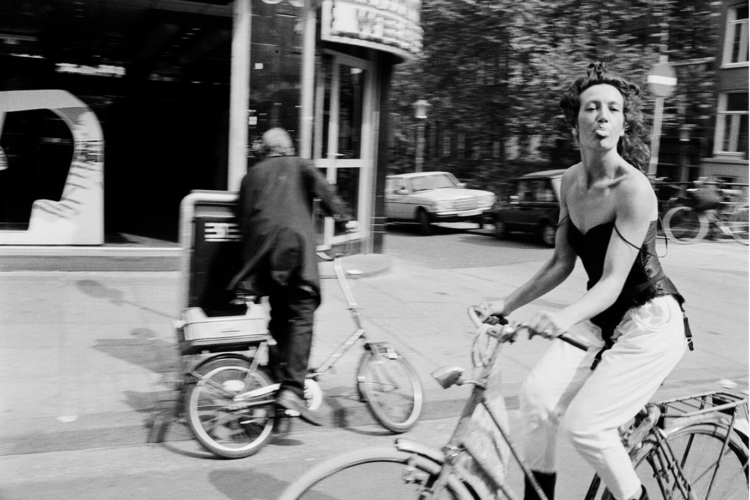