A Tale of a Tub, Rotterdam, the Netherlands
4 June 2016 - 17 July 2016
Exhibition by Kerstin Ergenzinger
Curated by Nathanja van Dijk


In response to a rapidly changing world, Kerstin Ergenzinger puts to the test the knowledge we have of our surroundings and our perceived place within our environment. Her immersive installations constitute hybrid beings between machine and creature. They function like sense organs, scanning the space, registering changes that are sometimes as subtle as a breath of air, or following and responding to our bodily movements.

Departure point for the exhibition Acts of Orientation is Ergenzinger’s sound installation Navigating Noise: a poetic exploration of how to orient oneself in space through sound and movement. The installation is an interactive, sonic architecture through which one can move freely, navigating its sounds and noises. 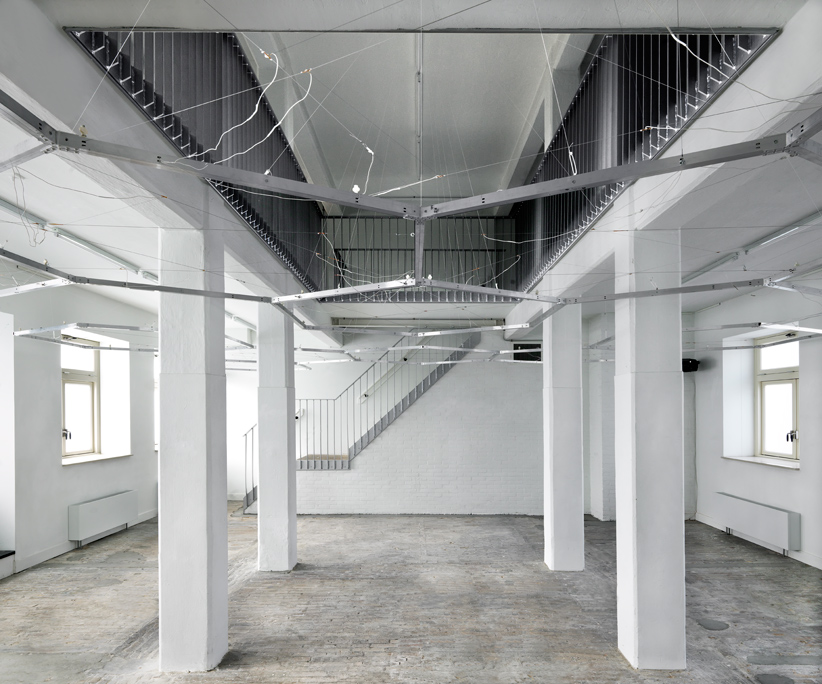 Upon entry into the bathhouse the visitor steps into a world of sounds brought forth by a beehive-shaped aluminum structure that is suspended in space. Ergenzinger has woven approximately 100 meters of piano wire through the structure that is connected with Nitinol-wire. This ultra-thin robotic muscle wire is set into motion by the pulse of modulated communication frequencies coming from the controlling program. As a result the installation is brought to life by the vibrating piano wire and the resonating aluminum body, creating an endless range of sound qualities that are reminiscent of everyday noises that shift between natural and man-made phenomena. While moving through the space the soundscapes constantly shift their tone of voice, translating the viewer’s whereabouts into changing acoustic fields by means of a complex feedback system.


Navigating Noise is a metaphorical space, linking a physical experience with the abstract notion of a world increasingly determined by data flows and electronic pathways. The installation renegotiates questions about the relationship between body, sound and space and between the natural and technological conditions of our time. How do we distinguish information in what appears to be noise? How do we orientate ourselves within diffuse surroundings? 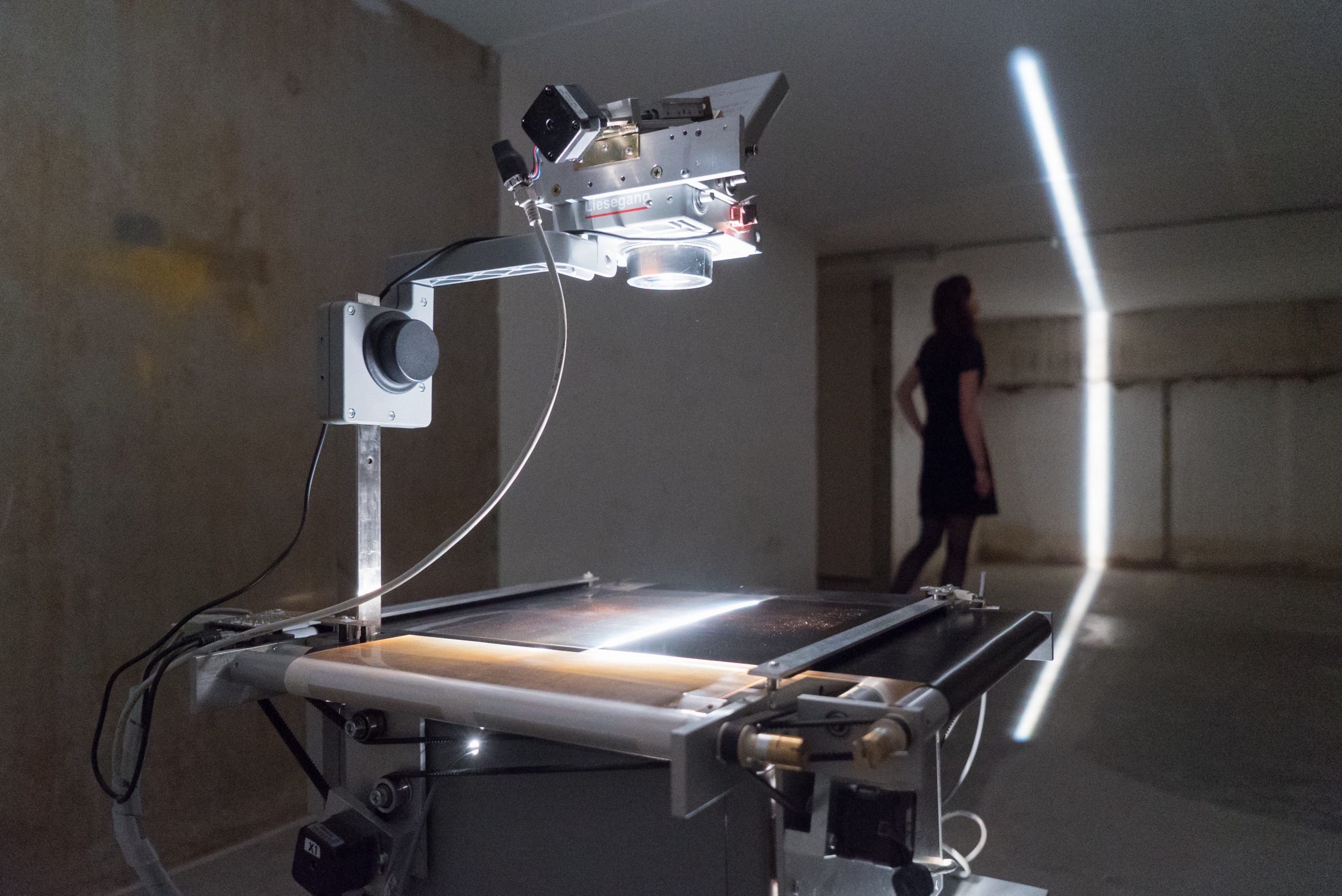 Raumtaster transforms the dark, dusty basement of the bathhouse into an immersive light drawing. Ergenzinger has modified an overhead projector into a programmable drawing machine. The machine creates a choreography of luminous lines and fields that wander across the walls, ceiling and floor, scanning and demarcating the space.


Raumtaster functions as a sense organ, employing light as a means to touch. The wandering light highlights everything it finds on its path, making no distinction between floor or ceiling, body or wall, while drawing attention to the characteristics of the space. Small details become important elements within the image. Bare walls function both as projection screens as well as the projected image. While scanning the surface and limits of its surroundings, Raumtaster generates new vistas and horizons within the confinements of the basement.


In the smallest room of the bathhouse Ergenzinger returns to her own sense of touch: her hands. With a series of intimate drawings she has set herself to the almost impossible task of meticulously following the lines of the palms of her hands. Throughout this process of orientation between her body and the perception of her body she often loses her way. 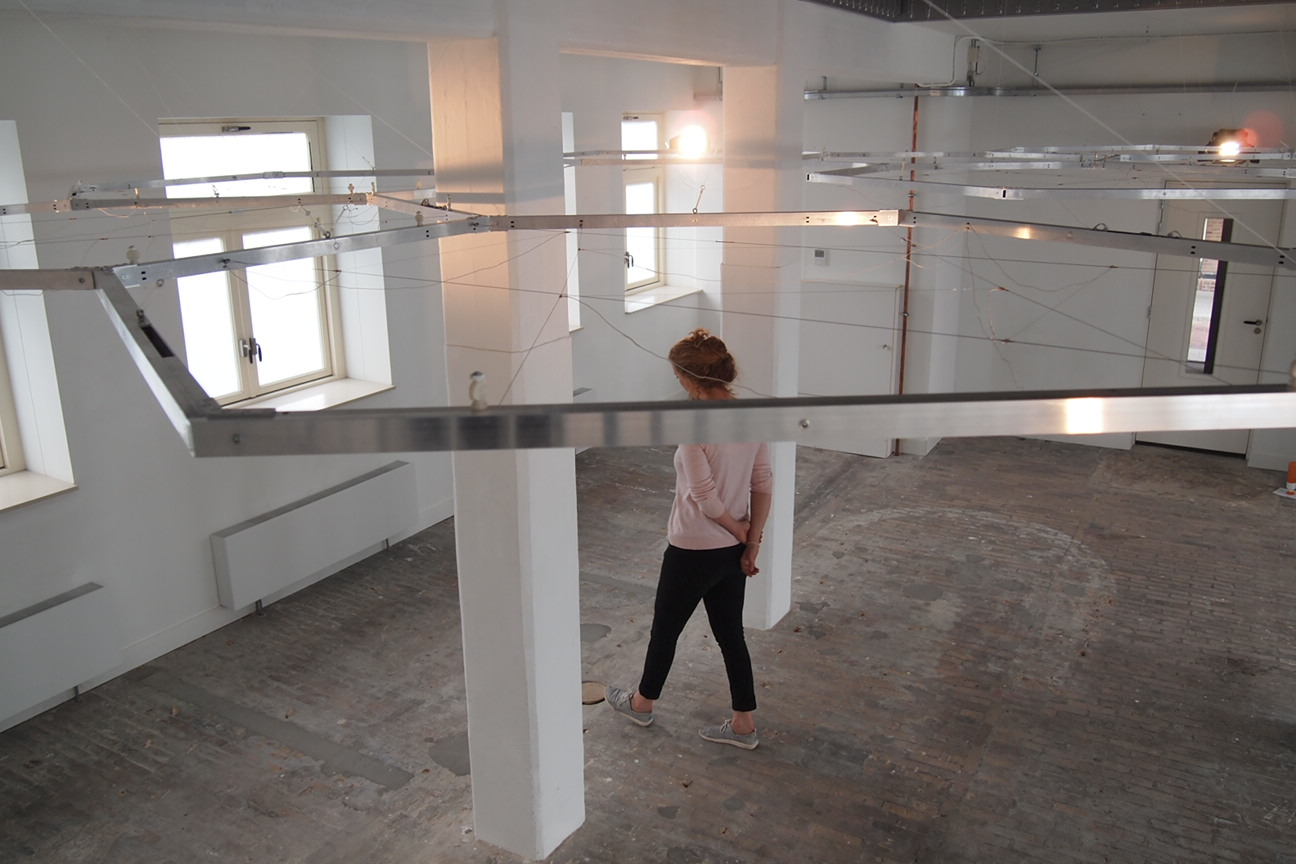 Central themes within Ergenzinger’s artistic investigations are the inextricable relation between body and the world, between perception and the perceived, between sensing and sense making. Seeing, listening, touching and smelling are not only physiological facts, but can also be considered as acts of engaging with the world. Because it is in the engagement with the world, that the world – and oneself within that world – is constituted.


According to philosopher Maurice Merleau-Ponty (FR, 1908 – 1961) meaning comes to being as our bodies enter into a relationship with the world. Our sense-making of the world always takes place within the world of our lived-bodies. Our senses are the ‘dimensions’ by which we come to realize and interrogate ourselves as being-in-the-world. Not only does perception unfold us within the world we perceive, it is foremost a fundamental condition of our existence: an existence that is perceptually sensed and ‘made sense of’. Sensing discovers and generates the sensed. In other words, I draw my sense of the world, to which I give a sense by perceiving it. So the sensible is directly connected to intelligible.


Following Merleau-Ponty we can say that by inhabiting space, we create a meaning of space. Furthermore, to move in the space, is also to move at the same time within the self. The thought is as the movement, which changes with the situation. However the situation also changes with the movement. Such is also the nature of the relation between the space and the subject.


Seeing, listening, touching, smelling, as well as movement are acts of orientation, enabling us to understand and (re-)establish our subjective position within our world. Additionally it is through these acts that meaning is constituted and that we are – figuratively speaking – able to ‘know’. 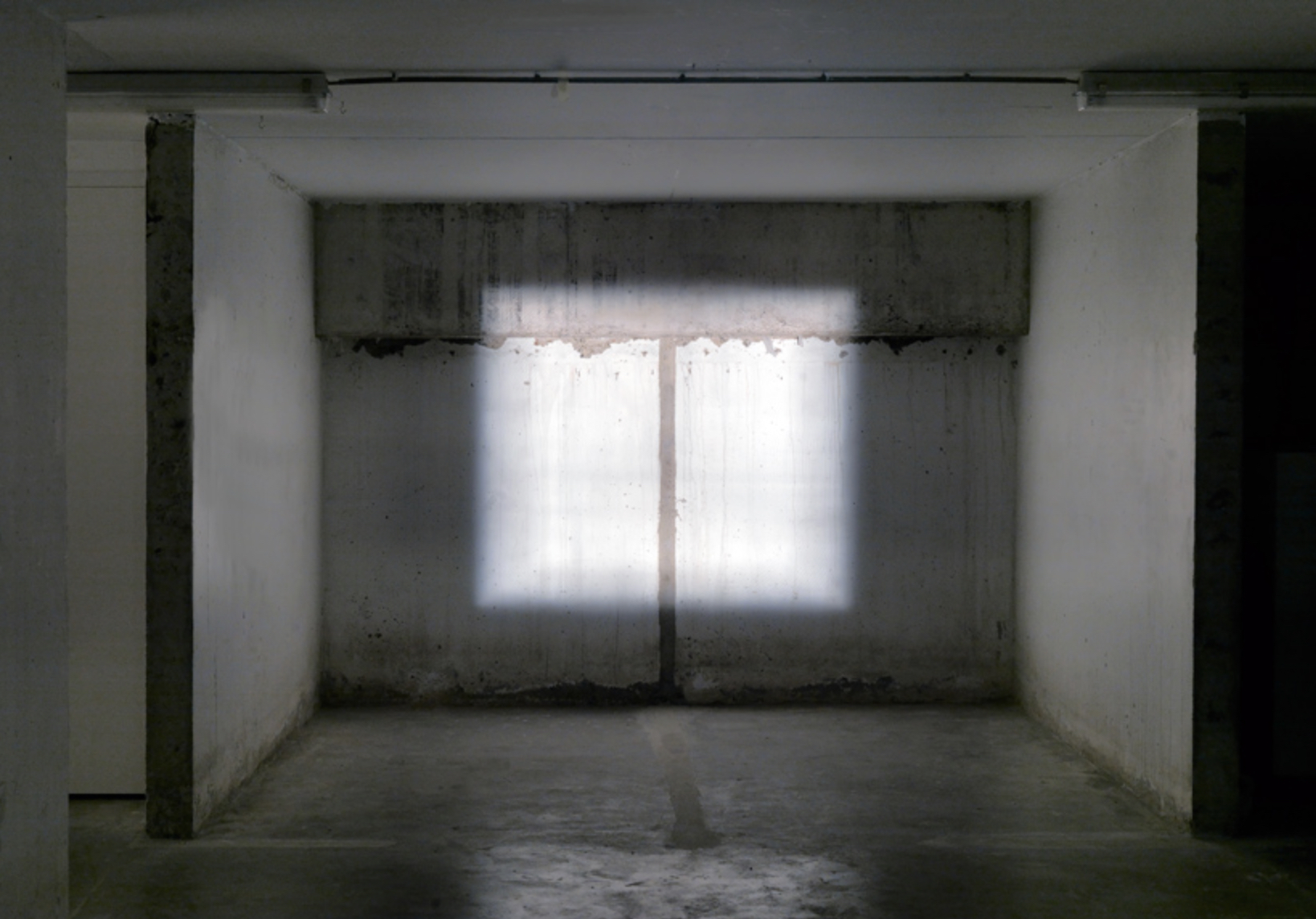 Kerstin Ergenzinger (DE, 1975) studied Fine Arts with a focus on sculpture and drawing at Berlin University of the Arts and Chelsea College of Arts, London and subsequently undertook postgraduate studies in Media Art at the Academy of Media Arts Cologne. Her work has been shown internationally in both group and solo exhibitions at diverse institutions, including Lund Konsthall, Malmö Konsthall, Digital Arts Centre Taipei, HMKV HartwareMedienKunstVerein Dortmund, Edith-Russ-Haus for Media Art Oldenburg, Kunsthalle Budapest, Oboro Montreal and Kunstmuseum Bonn. She received numerous awards and grants, including the Lower Saxony Foundation grant to produce work at the Edith-Russ-Haus for Media Art (2012) as well as the VIDA 15.0 Award for International Research in Art and Artificial Life. In 2015 she received an Honorary Mention of the Collide@CERN Ars Electronica Award and will be Visiting Artist at Arts@Cern 2016.