On the occasion of CTM.11 Festival for adventurous music and related visual arts, TAG presents the exhibition Alles, was Sie über Chemie wissen müssen in the Kunstquartier Bethanien and West Germany in Berlin. Alles, was Sie über Chemie wissen müssen (Everything You Need to Know about Chemistry), a title based on a one-off edition of a catalogue consisting solely of empty pages, combines new and existing work by a group of artists who relate in a similar way to the physical interaction between people and things. The international group exhibition features work in which repetition, concentration and precision play a role, and movement and translation lead to transformation. The exhibition functions as an imaginary catalogue of action and the senses. The relationship between body and medium is explored in audio and video installations, drawings and performances. 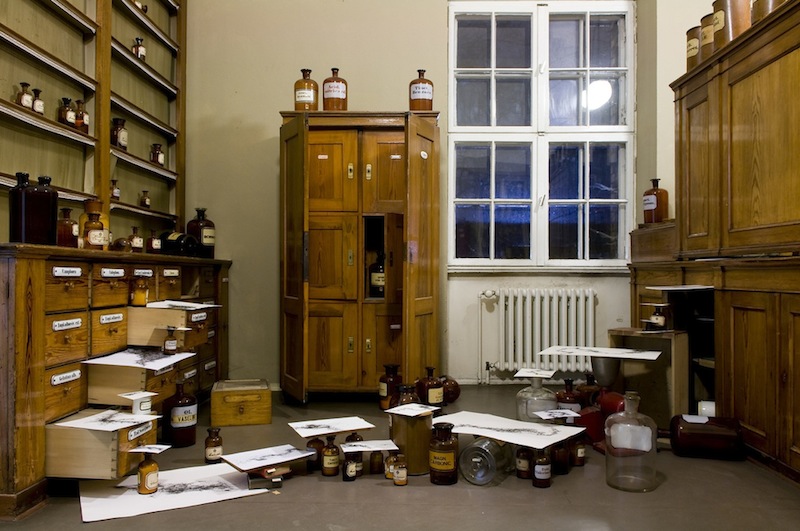 Alles, was Sie über Chemie wissen müssen is part of a long-running programme by TAG that investigates and critically questions the relationship between media art and contemporary visual art, and in which perception is central. The exhibition does not involve the analytical assessment of the perception, as within the long tradition of aesthetics, or a purely technological mediation of the perception. Instead, it is an experience of Befindlichkeit, of the physical interaction between people and things, as described, for example, by Gernot Böhme: a primary experience of atmosphere, of “moods” that can be encountered in human and natural surroundings, in which there is no sharp distinction between person and thing. In Alles, was Sie uber Chemie wissen müssen, the experience of winds, of feeling, of substance occurs through different manners of physical presence. The relationship between body and medium leads, either through the creation or perception of work, to the experience of a mental space where alternative ways of understanding the body may arise. The artists in Alles, was Sie über Chemie wissen müssen start their thinking with their own bodies, seeking a balance between levitation and concentration and allowing the public to share in the body’s changing attitudes towards things: accepting, rejecting, surrendering or controlling oneself – or ultimately to experience an inevitable loss of control. 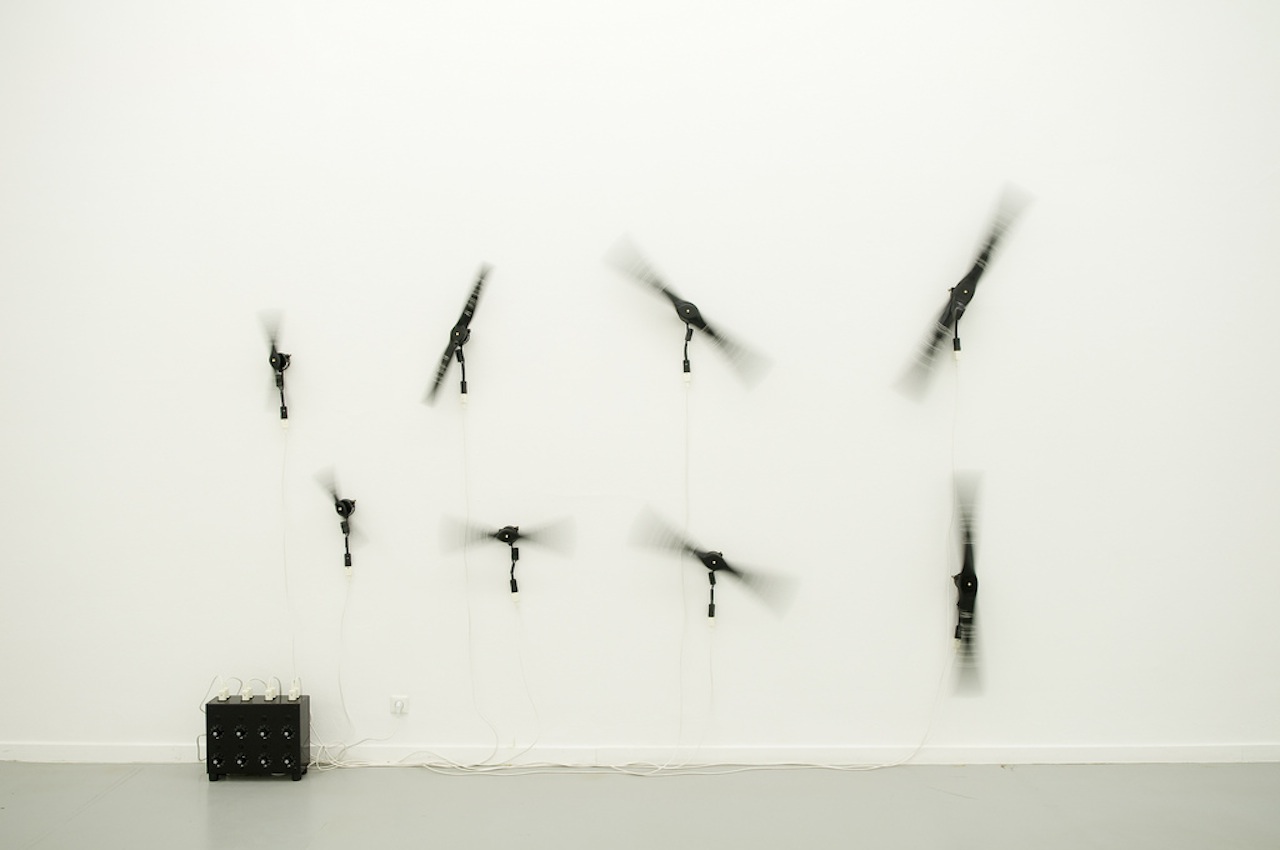 Helen Dowling’s videos, for example, allow the viewer to share in the physical and mental possibilities and limitations of people and situations, which she processes so that every anomaly results in media interventions. She manipulates image and soundtrack to produce a fragmented perception. Stephanie Pan’s You Are Here: uses the performer as creator, striking images and music and sound as its central elements. Voice, taiko, toy zither and live sampling, which meanders through delicate, petite songs, to a hypnotic, rhythmic landscape of sound. A live video feed of a lovingly prepared chocolate cake, a painstakingly and passionately self-constructed taiko, a process which took 1.5 years to complete and a 10-meter dress, complete with 117 sitting places, made by the performer, to be inhabited by both the performer and the audience.


Oscillating between simple and complex, consistent and divers, ordinary and sublime, Sharon Houkema’s works casually reveal the patterns that are deeply woven into the fabric of reality. For example her drawings, on which she works for hours on end, are the product of a process in which movement, pattern recognition, the landscape and lines form the foundation. In the Fontane Pharmacy Houkema shows a new work on site. Objects found in the pharmacy are used to support drawings in an installation. From certain perspectives this creates the image of an ongoing swarm of lines, whereas from other perspectives the flow may seem discontinous. Jelle Feringa investigates the relationship between perception and models of representation. Within his research, he aims to establish an absolute relationship between model and reality. His work focuses on the model’s process of “becoming literal”, which may lead to new scientific design methods and/or autonomous works. Analemma is an object that will always cast a circular shadow, throughout the day, throughout the year.


Bram Vreven shows an installation in which the process of representation is investigated through the technical mediation of movement. This creates an optical experience that refers to cinematography and has a hypnotic effect. Pursuit, a 16 mm film on video of Bruce Nauman and Frank Owen shows 15 people running. They are transpiring and gasping for breath. Shot from different angels the viewer is closely drawn to their efforts as they try to fulfill this somewhat taskless act. 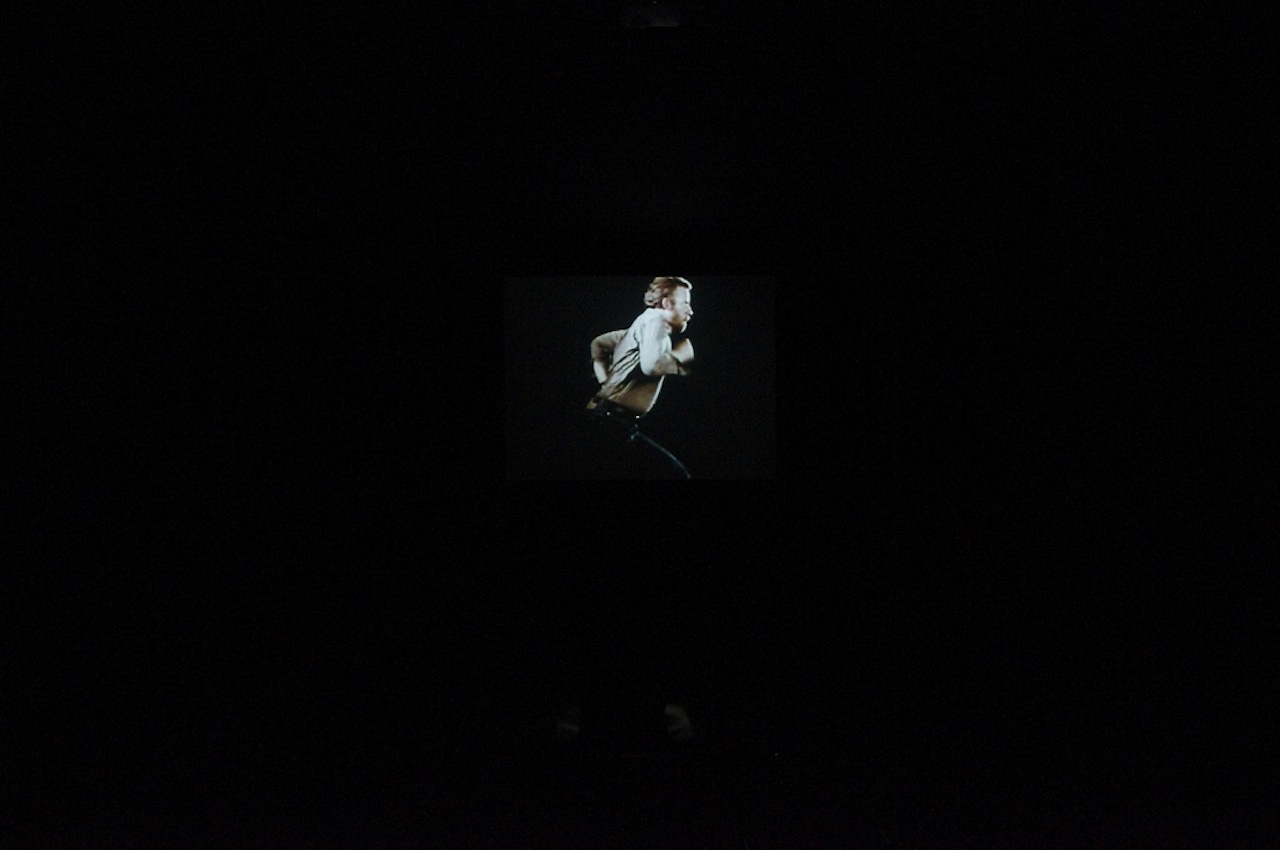 In the early 1970s, Dennis Oppenheim was in the vanguard of artists using film and video in relation to performance. In a series of works produced between 1970 and 1974, Oppenheim used his body as a site to challenge the self, exploring personal risk, transformation, and communication through ritualistic performance actions and interactions. For Mirage, acclaimed multi-media performance artist Joan Jonas made a film of drawing, again and again, images on a blackboard, and then erasing them. Jonas: “Reading the essays collected in Spiritual Disciplines, I got another idea to use drawings, also in Mirage, which I called ‘Endless Drawings’ after those described in the Melukean Book of the Dead, the tribal ritual book of New Guinea. There it says that in order to go from one world to the next you must finish a drawing in sand which an old lady, the devouring witch, begins at the boundary between life and death.” Wind is a performance film by Jonas, recently restored and newly available on video. Cutting between snowy fields and a raw seashore, Jonas focuses on a group of performers moving through a stark, windswept landscape.


Martin Howse and Martin Kuentz use material both as evidence and self-obscuring; a literal drama of sheer light (waves) and absolute darkness (our substrate) exacerbated by the excitation of substance and its subsequent bodily detection. The two performers are cast as volatile detectives, with an audible forensics probing a tabletop micro-material-theatre. 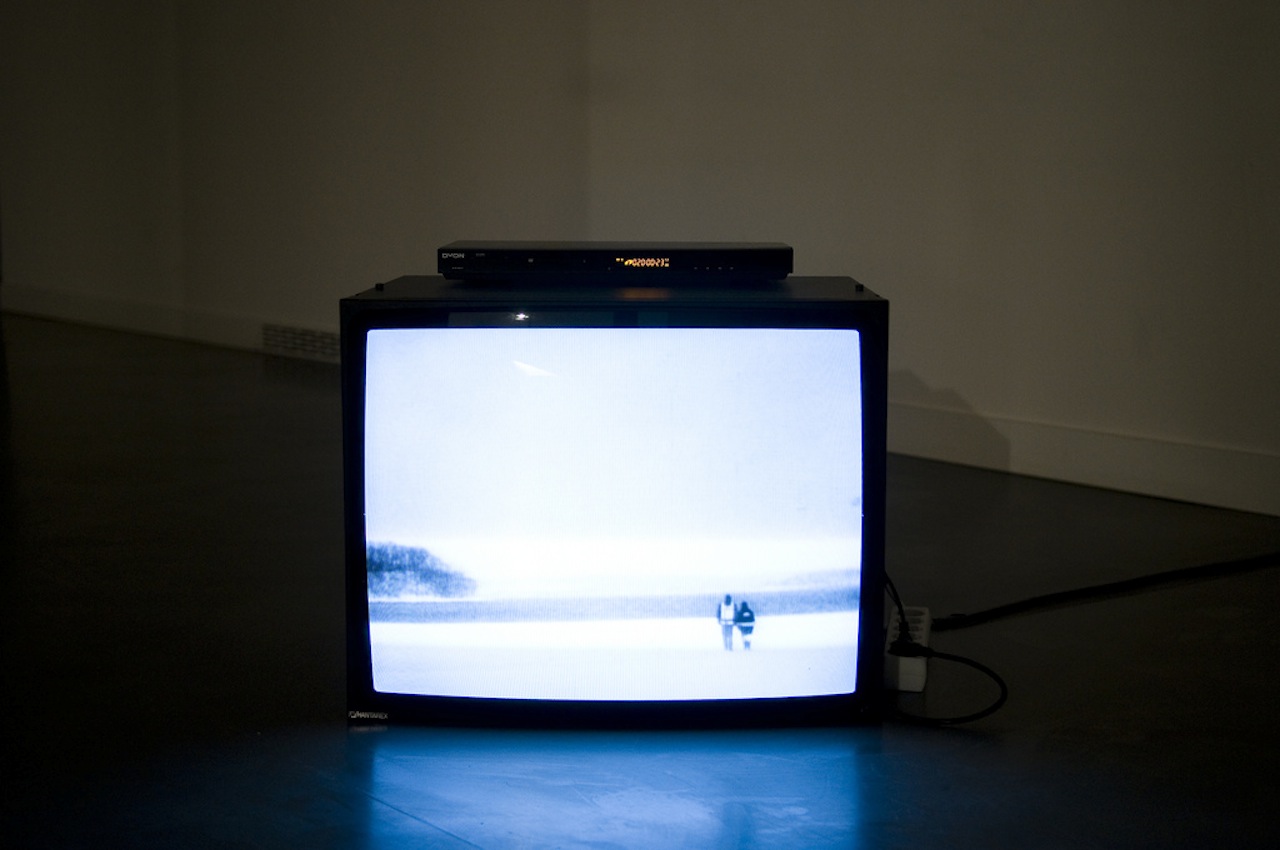 Joyce Hinterding produces works that explore physical and virtual dynamics. Her practice is based on investigations into energetic forces, through custom built field recording and monitoring technologies. These explorations into acoustic and electromagnetic phenomena have produced large sculptural antenna works, video and soundproducing installations and experimental audio works for performance. Rik Smits’s ballpoint drawings depict cities driven by wealth and technical and architectural aspirations. Themes as cities of skyscrapers by night and abandoned cathedrals in desolate places show his interest in both capitalism and religion. His architectural constructions seem to be directly drawn from his imagination but one can clearly see references to the work of architects such as Frank Lloyd Wright.


Sara Campos works on site to create a new installation in which spoken text and performance are combined with materials such as wood, plaster and clay. Campos employs these different media to explore the relations between performance and sculpture, between action and change.

Jorinde Voigt’s installation Grammatik (2010) combines several parameters, such as spinning (carbon) aeroplane propellers, writing on the propellers (64 grammatical possibilities, declination of the personal pronouns, who loves who, who doesn’t love who) and the size of the blades (the first person singular corresponds to the biggest blade. The third person plural corresponds to the smallest blade). The installation defines the grammatical system even more precise by the declination of the rotation speed and the declination of the direction of rotation.


GX Jupitter-Larsen works with various performers under the name of the Haters, one of the most important acts in the noise scene. Their performances feature physical processes related to entropy and decay and acts of destruction that result in extreme sound distortion. Amplified suitcases will be the focal point of four different performances by GX Jupitter- Larsen and Jessica King, each entitled Loud Luggage/Booming Baggage. Over the course of these nightly performances, The Haters will be joined by an ever expanding crew to celebrate entropy, noise, and travel.